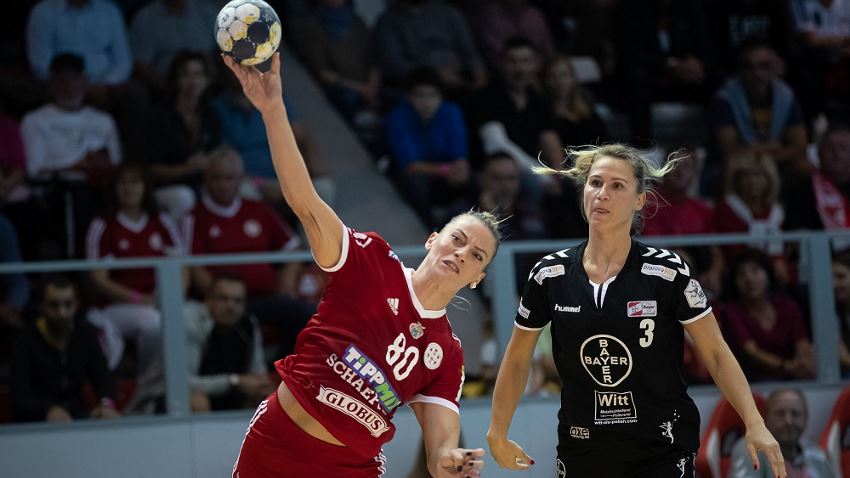 16 teams, four groups: how the group phase draw will be done

The playing action in international women's club handball in 2019 is over. But before the focus of fans will shift towards the Women's World Championship in Japan, a draw event on Thursday 21 November at 11:00 CET will decide the fate of the remaining 16 teams in the EHF Cup.

In the European Handball Federation's headquarters in Vienna the four groups in the WOMEN’S EHF Cup group phase will be determined. On the eve of the draw the EHF has released detailed information on the draw procedure.

As the country protection rule applies to the group phase, it is important to notice that there are four countries with more than one club still in the competition: Germany and Romania with two teams each as well as Denmark and Hungary with no fewer than three clubs each.

So what do fans need to know before the first ball will be opened on Thursday? 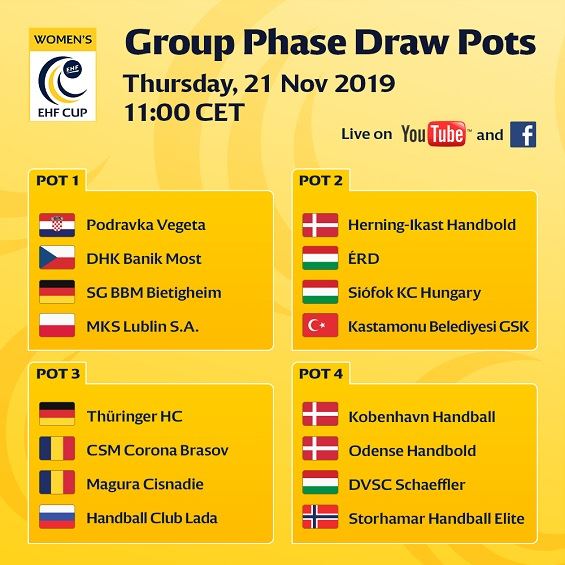 The draw can be followed live on the dedicated EHF European Cup Facebook page and the ehfTV YouTube channel.

In addition there will be coverage on the EHF European Cup Twitter account and a live ticker will be available on eurohandball.com.