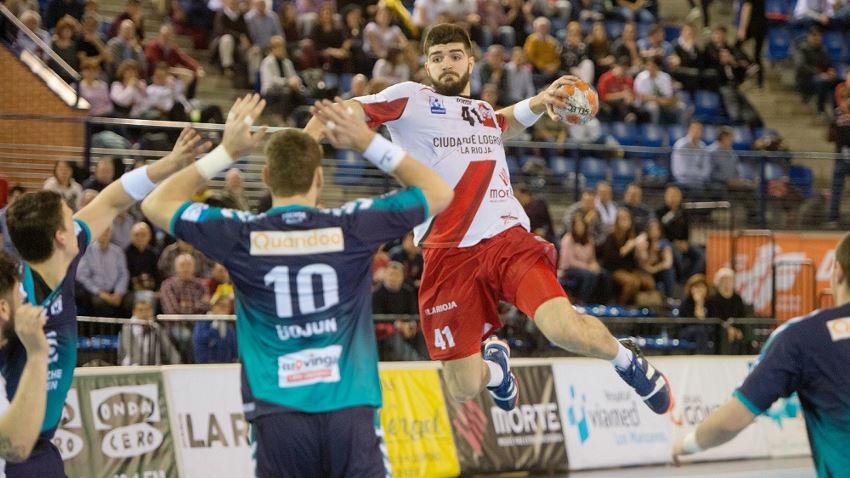 After four seasons in the VELUX EHF Champions League, BM Logroño La Rioja returned to the Men’s EHF Cup in 2017.

In the next two seasons, however, the Spanish side failed to make it beyond the group phase.

Not an easy challenge but Logroño are ready to give their maximum fight for a place in the quarter-final.

- What is the goal of Logroño this season?

Without being an obsession or obligation, Logroño want to advance from the group phase qualify for the knock-out phase. “All our opponents are amazing teams. But I know, if we work hard, we can beat everyone,” says team captain Miguel Sanchez Migallon. Logroño are in for a repeat of their achievements a decade ago, when they twice reached the semi-final, in 2009/10 and 2010/11.

- How have the usual squad changed affected the team?

Logroño are used to lose some of their best players each season as they are lured away by bigger clubs. But Logroño are dealing well with this situation. This season they kept together their main core, while new players like Italian left wing Gianluca Dapiran have been performing well. However, the team has been hit by the injury to another newcomer, Brazilian right back Gabriel Ceretta, who was ruled out for the season in November after tearing the ACL and damaging the meniscus in his right knee.

- What are Logroño’s strongest assets?

Logroño don’t have big stars, but they are a compact team that just enjoys playing good handball. This cohesion is arguably the strongest point of the club, which overcame the loss of their main sponsor a few years ago. They never stopped competing for the leading positions in the domestic ASOBAL League.

Under the spotlight: Sergey Hernandez

The Russian-born goalkeeper, who has Spanish citizenship, has developed into one of the leading goalkeepers in the domestic league. Hernandez joined Logroño from league rivals Helvetia Anaitasuna in the summer of 2018. At age 24, he is already in his fifth straight EHF Cup season and is widely seen as a future successor to Gonzalo Perez de Vargas or Rodrigo Corrales in the Spanish national team.

After finishing their group in third place and missing the quarter-final last season, Logroño have started their new EHF Cup with two convincing wins in the final qualification round. They beat Belgian champions Achilles Bocholt 37:26 at home in November and 36:31 in the away leg the following week.

Last season Logroño had the honour to become the only team in the ASOBAL League to get a point against almighty Barça. They held the dominant champions to a 28:28 draw at home.

Five years ago, Logroño enjoyed their proudest European moment in the club’s history. The team made it to the Last 16 of the Champions League, where they lost to eventual finalists Veszprém. 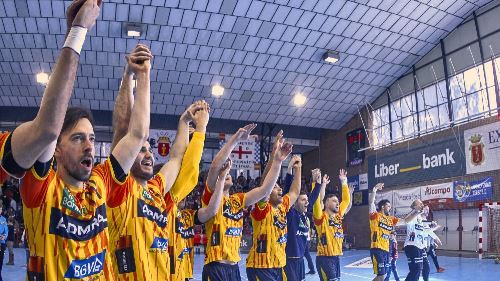