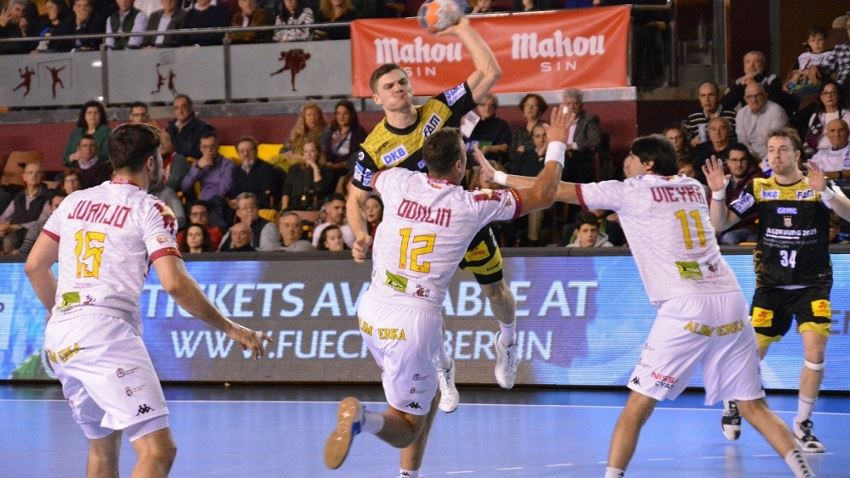 SC Magdeburg were made to fight hard in their second Men’s EHF Cup group phase match, but they came away with a victory over Abanca Ademar Leon on Wednesday night, 31:27.

Main player for Magdeburg was Michael Damgaard with nine goals, while hosts Ademar Leon had too many mistakes to have a chance.

Leon had announced “another magic night” in their arena when hosting Magdeburg, but in the end the Spanish side was too weak in attack to celebrate a party on Wednesday night.

After the 34:28 opening defeat at Nantes, the team of head coach Manolo Cadenas lost their second group match, even though the result was closer this time.

On the other hand, Magdeburg won their second straight match but also had a huge number of turnovers and missed passes.

However, when the game resumed, Magdeburg had their strongest period, scoring a 8:2 series within 10 minutes to build a four-goal lead again (20:16).

Two time-outs from Cadenas did not work immediately. But when Magdeburg felt too secure and started to pile up more and more mistakes in attack, Leon got closer again, to 27:25.

But Michael Damgaard decided the encounter with his ninth goal for 28:25 four minutes before the end, followed by another Leon turnover and the 29:25 by Daniel Petterson.