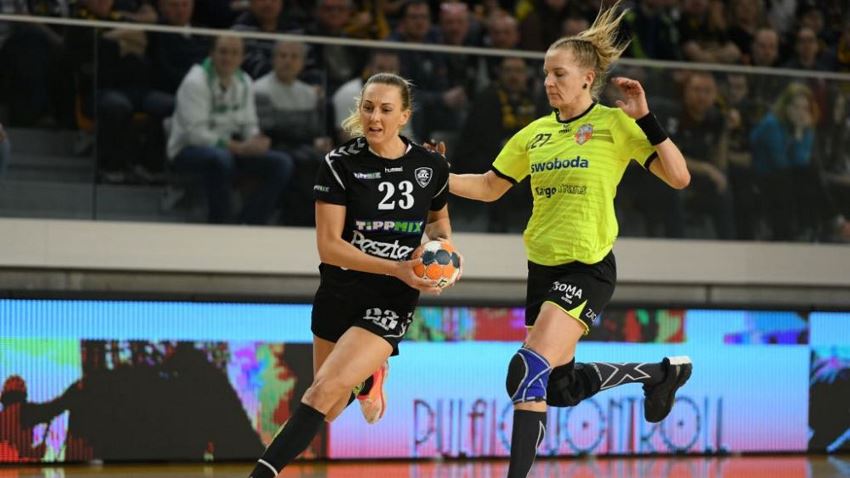 Although the match for Magura Cisnadie was without stakes, Siófok KC Hungary needed to win to secure their top position in Group B of Women’s EHF Cup. After a slow start, the hosts eventually took the control and never let the Romanian club back.

The holders started slowly as the away side quickly developed a two-goal lead in only three minutes. Siófok were out of sync in attacking as Cisnadie’s defence worked well and forced the home team to miss 12 shots and many turnovers in the first half.

However, as the game progressed Tor Odvar Moen’s squad found more and more splits in the Romanian club’s wall and started to play more efficient in scoring.

Siófok left their opponent standing in the second half as they started with a 9:3 run as the French left wing Camille Aoustin was unstoppable at this period. As the reigning champions remained in complete control, the difference quickly reached ten goals. The result was known long before the final whistle.

Odvar Moen was full of praise for the way his team recovered from their slow start: "Overall I'm very happy with the victory and happy to have the first spot in the group. In the first half we were sloppy and slow, in the second we turned the engines. The last five weeks was really hard with a lot of traveling. Let's see who we will get."