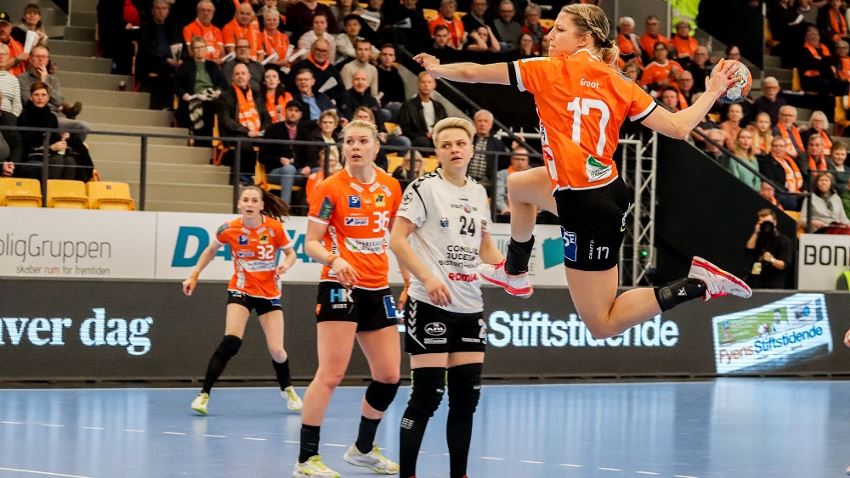 The Danish side look to be a serious contender for the Women's EHF Cup trophy this season, after they sealed the third win in the group phase, 25:19, against Bistrita.

With a goal difference of +24 after three rounds, the best in the competition, Odense can seal the first place in the group next round with a win, provided ÉRD lose against Lublin.

A third consecutive win would see Odense open a four-point gap ahead of Bistrita and cemented their grip on the group.

But the Romanian side enjoyed a bright start, taking an early lead, but failing to capitalise on it, with experienced left wing Valentina Ardean Elisei missing all five first shots, to bring Bistrita to an underwhelming 36 per cent shot efficiency.

Still, the guests were still leading 6:4 after 15 minutes, as Odense continued to turn the ball over. But it was still Bistrita’s defence which truly impressed, limiting the free-flowing Danish side to score more.

With playmaker Nycke Groot and right wing Trine Ostergaard in fine form, Odense bounced back and took the lead for the first time in the 25th minute, 8:7.

But Bistrita rode Laura Pristavita’s fine game – four goals scored in the first half – as the deadlock was still not broken at the break with the teams level at 9:9. 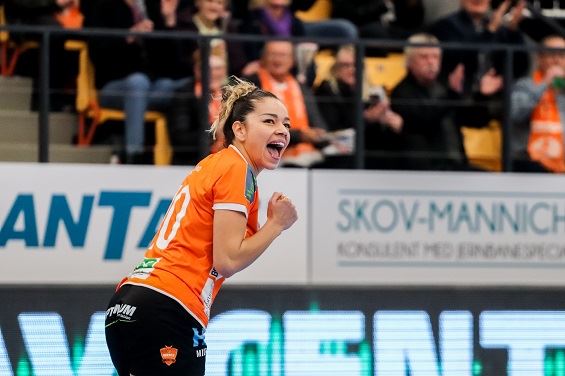 Yet the Romanian side’s main problem was consistency during the whole game, as they lost points against Lublin and ÉRD because of that. Sure enough, Bistrita faltered in the second part.

They took a 14:12 lead, but a 4:0 run sparked by three goals from Groot helped Odense take control of the game. Another 4:0 run sealed the deal for Odense, who boasted a 69 per cent shot efficiency to clinch their third win in a row in the group, 25:19.

“We had a great defence today, and I think we were patient and well prepared on what they came with," Odense coach Karen Brødsgaard said. "I also think the way we change our defense can get even better, and I am glad that we have those opportunities - to do it even better - in the return match.”