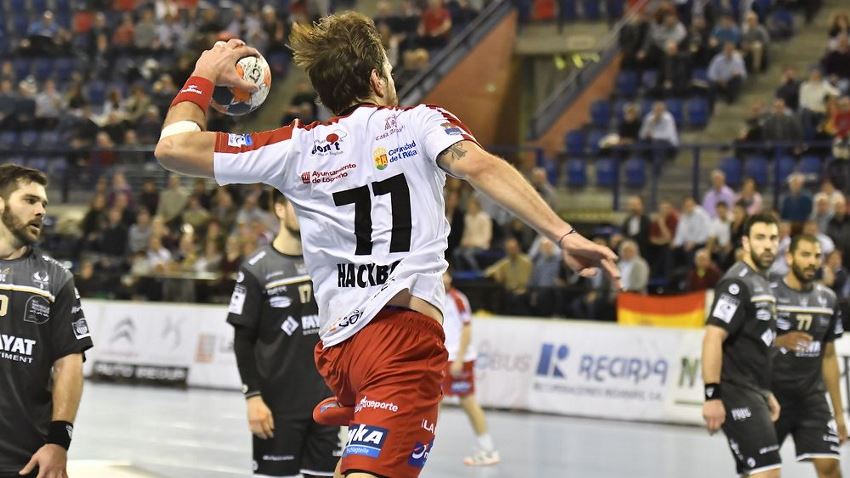 PAUC come back to secure point in La Rioja

Both teams had lost their first game in the EHF Cup. Aix to Berlin at home while, the day before, La Rioja lost by just one in Tatabanya.

They had the opportunity to open their accounts in this group phase match and also, to catch up with Berlin and Tatabanya, who had drawn on Thursday in Germany (27:27).

We often say that a game is made of two halves but, in Logroño, it felt like the first half had two separate halves!

The hosts controlled the first one, relying heavily on their backcourt.

With Patrik Ligetvari and Lazar Kukic in great form on the backcourt, La Rioja seemed to take the upper hand when they scored a 5:0 run to take a clear lead, 14:11, with the break in sight.

But PAUC did manage to turn things around quickly, finishing the first half just as they had started it; with a good defence.

Forcing turnovers from their opponents, the visitors were able to score three straight goals to make the score even at the break (15:15).

The second half followed the same kind of pattern with Aix taking the lead when coming out of the dressing room and La Rioja stealing the momentum in the second half.

This time, it was thanks to Sergey Hernandez, between the posts, who gave an excellent performance.

With such security behind your back, it is always easier to play in attack.

And La Rioja proved it, as Imanol Garcianda scored straight goals, proving that the backcourt was clearly his team’s strongest point tonight.

With a four-goal advantage and six minutes to play, you would have thought that the hosts were in the perfect position to win.

Maybe they thought so too… but PAUC fought until the end, with Wesley Pardin matching Hernandez’ antics in goal.

The French side scored four straight goals, while La Rioja did not manage to get past the French goalkeeper.

Aix even had the opportunity to win, but Hernandez stopped Nicolas Claire’s shot, making the two teams end on a fair draw (29:29).

La Rioja's Miguel Velasco is pleased his team is still in the competition but knew they could be coming away with more, "Our team was higly better in the second part and we were four goals above in the last six minutes but we were not able to make more goals with obvious occasions near the area. The match could be a win for us if we could be able to mantain that rythm.

"We have made a high effort to continue on the match, the tie is not enough for us, but we are still alive in the competition, just what we wanted and now we have to recover for the next match."