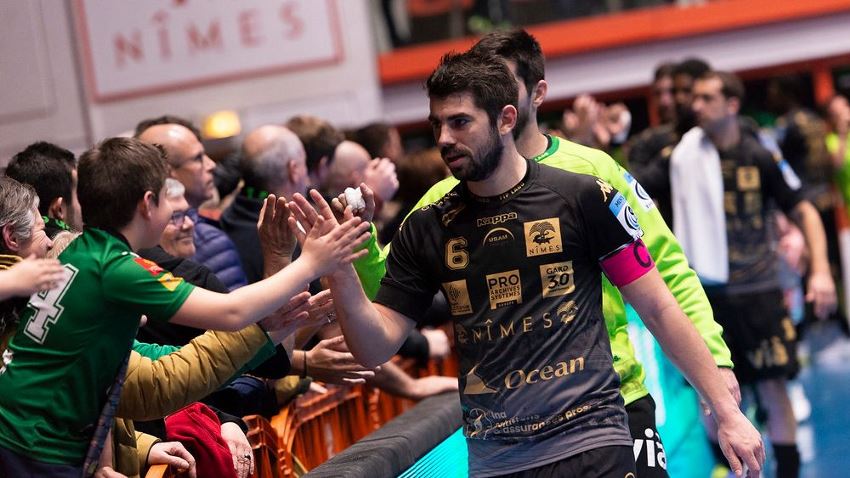 USAM Nimes gave their quarter-final chances a crucial boost after they defeated TTH Holstebro for the second time in a week.

Holstebro were able to stay in touch with their opponents until well into the second half, but could not make it count in the end as Nimes won 33:28.

The Nimes fans sang the Marseillaise before the match, and after the game, they had another reason to celebrate.

Their local heroes have a very good chance of qualifying for the quarter-finals, as they are now on five points and second in the group, while the Danish visitors can only dwell on their sweet memories from last season, when they reached the final tournament.

Holstebro, who were missing playmakers Allan Damgaard and Jonathan Würtz, managed several one-goal leads early on, before the home team took over and had a number of three-goal leads.

But the hosts had to make do with being just one goal up after the 30 minutes.

After an even start to the second half, however, the hosts proved able to decide the matter.

Julien Rebichon, the Nimes captain, knew the performance was not perfect but was happy to win such a big game, "Tonight, a great game took place here thanks to both teams. For me, there are some details for which we were not good, especially during the second period on the defensive withdrawal. Every time we scored they quickly attacked, that's why Holstebro turned the scoreline at its advantage. We rectified the situation and had the actions to fight back."

Rebichon noted the strength of his team, "We can congratulate everybody because even during the first game, Benjamin played five or ten minutes at the end and scored several times. Today, Nicolas had a little playing time and scored at an important moment. It's the strength of the group and everybody is involved in this project so it's beneficial for the team."