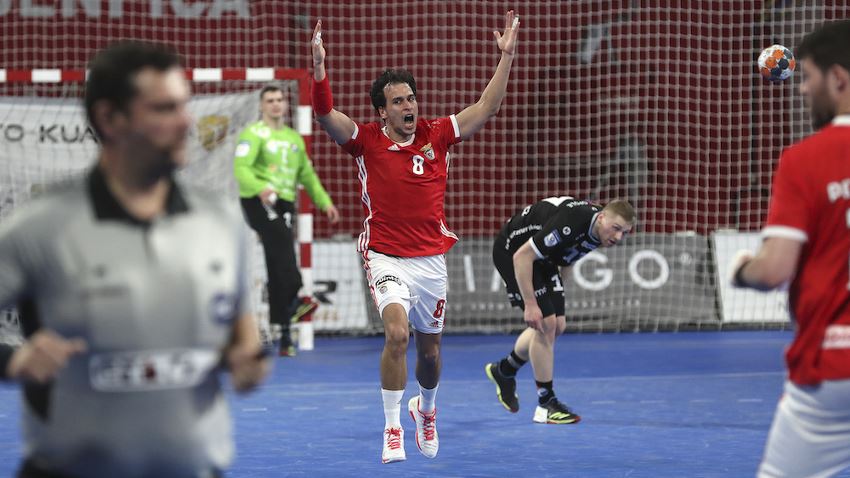 Benfica remain unbeatable in group A

SL Benfica are closer to reaching the quarter-finals of the Men’s EHF Cup after their third consecutive victory in group A, this time against KPR Gwardia Opole, on Saturday night.

A more consistent game than Opole and the inspired duo of Pedro Marques and Petar Djordjic were the origins of Benfica’s third consecutive triumph.

After a good start from Gwardia Opole, 2:5, SL Benfica took advantage of some suspensions for the Polish team and, with a 5:0 partial, placed themselves in front on the score board, 7:5. After claiming the lead, the Portuguese team never let it go.

Benfica centre back Pedro Marques and Opole wing Patryk Mauer scored four goals in four shots each in the first half, both helping their teams offensive processes considerably.

In the second half, led by Petar Djordjic, who scored nine goals to now count 36 total in the EHF Cup, coach Carlos Resende’s team forged ahead and clinched their third win (29:24) in three group stage games.

“We're the only team with three games and three victories, which is very rewarding. We’ve got to keep working. We’ll meet this team again next week, this time away. We’ll work to win once again,” said coach Resende.

Although the points went to Benfica, the highlight of the game was the great performance from right wing Patryk Mauer. The 21-year-old Polish player was only beaten by Djordjic in the top scorer list for the match.