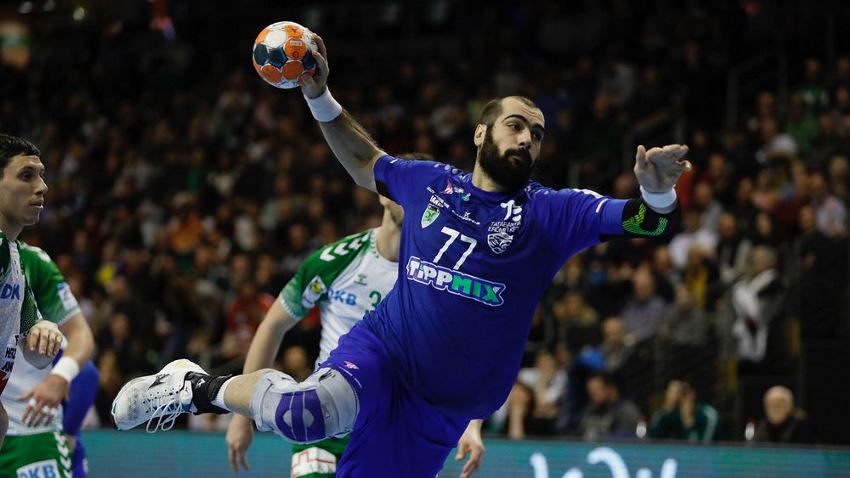 Adam Borbely saves the day for Tatabanya in Berlin

The two teams which had won their first games in this group met tonight in Berlin.

The hosts had returned victorious from their trip to France and to PAUC while Tatabanya snatched the two points at home against La Rioja.

We could naturally assume that the winner of tonight’s confrontation would make a step towards qualification for the quarter-finals.

Dainis Kristopans, Berlin’s new signing, must have liked what he saw.

The former HC Vardar left-hander, who has just signed for the Füchse, was present in the Max-Schmelling Halle tonight, and he witnessed a true thriller between his new team and Tatabanya.

The hosts struggled long periods against a tough Tatabanya side. 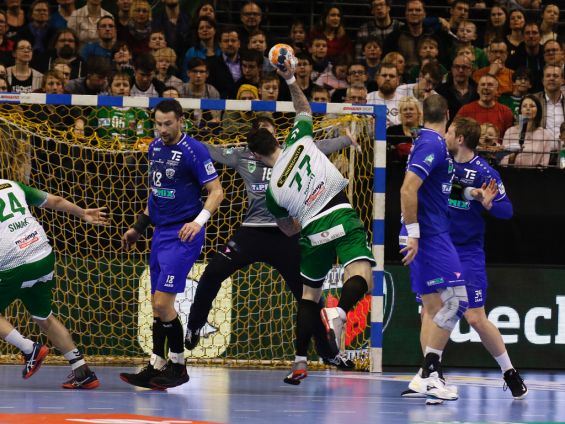 The visitors led by three goals towards the end of the first half, a period of the game which saw Stipe Mandalinic and Jacob Holm have more difficulties to score for Berlin than they had had in the first minutes.

In contrast, Uros Borzas was playing his best handball, as was Tatabanya’s goalkeeper Laszlo Bartucz.

With six goals and seven saves respectively in the first thirty minutes, the two men were key for their team in the first half, and in their wake, the visitors were ahead by two at the break (17:15).

The second half was equally as tight, with Berlin quickly levelling the score thanks to their Danish duo, Johan Koch and Jacob Holm.

With both teams answering each other on the scoreboard, it felt clear that the thriller was going to be decided in the last second.

Berlin and Tatabanya each had the opportunity to twice take the victory.

But, for the hosts, Silvio Heinevetter saved Gabor Ancsin’s shot before Uros Borzas missed his last attempt to give the visitors the win.

But for the Hungarian side, Adam Borbely was even more important, as he saved a seven-metre throw from Hans Lindberg before preventing the winning shot by Stipe Mandalinic from crossing the line, securing the draw (27:27).

“We wanted to win this game today. Because of that, this day is not so good for us. We kept fighting till the end, but at the end we only have one point against a very good opponent,” said Berlin back Kevin Struck following the match.