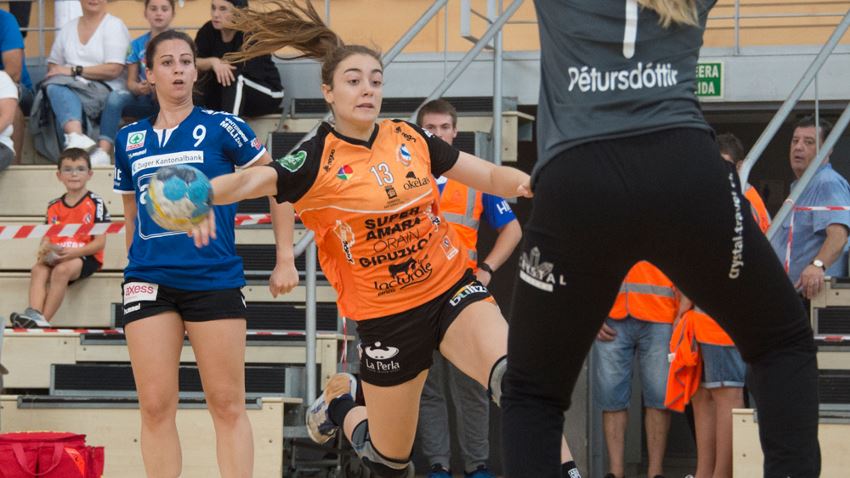 All participants of the Women’s EHF Cup qualification round 2 have been determined after the completion of round 1. This weekend featured seven double-headers as well as two second-leg matches.

Some of the double-headers were fairly one-sided. Super Amara Bera Bera, who played in the group phase last season, took a confident step in the same direction as they defeated Zug 30:16 and 45:31, and they will face Romania’s Brasov in October.

The Belarusian champions Gomel easily beat Kosovan club Istogu twice, 45:13 and 38:22. In the second match, Esma Muratovic scored more than a half of Istogu’s goals (12), yet none of her teammates netted more than three times. In October, Gomel will face a much bigger challenge against last season’s EHF Cup semi-finalist Herning-Ikast from Denmark.

Byasen scored even more goals on aggregate than Gomel (86), defeating Luxembourg’s Kaerjeng 40:13 and 46:12. In round 2, the Norwegian side will have a harder time as they will meet Thüringer HC.

Astrakhanochka are also expecting a German rival in round 2, as they are set to meet Buxtehuder. The Russian team had two comfortable wins against Maccabi Arazim Ramat gan.

Some of the double-headers were closer. In a Greek-Turkish duel, 14 goals by Maria Chatziparasidou helped PAOK beat Muratpasa in the first game on Friday, 32:25. And two days later, a 25:25 draw with Chatziparasidou’s impact of eight goals secured the progression to round 2 for the Thessaloniki-based team.

On home court, Slovakia’s Michalovce were both times too strong for SPONO Eagles, winning with almost the same score, 31:25 and 32:25.

The next day the Czech club enjoyed revenge by winning 31:24, with Tereza Pokorna having a special impact with 10 goals. Praha progress to round 2 with a 54:51 win on aggregate.

ESBF Besancon, who had beaten Colegio de Gaia in Portugal 37:12, had no problems clinching a spot in the next stage, winning 42:20 on home court. Marine Dupuis was the best scorer of the French side, netting 10 goals. 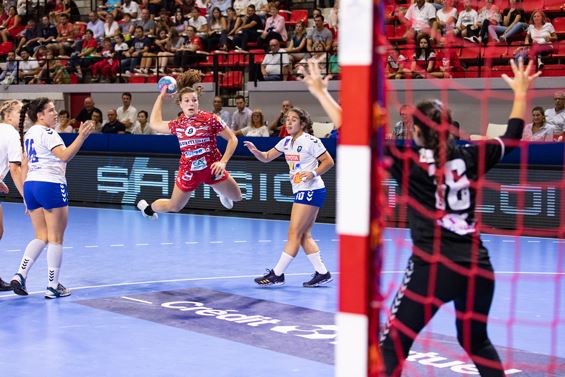