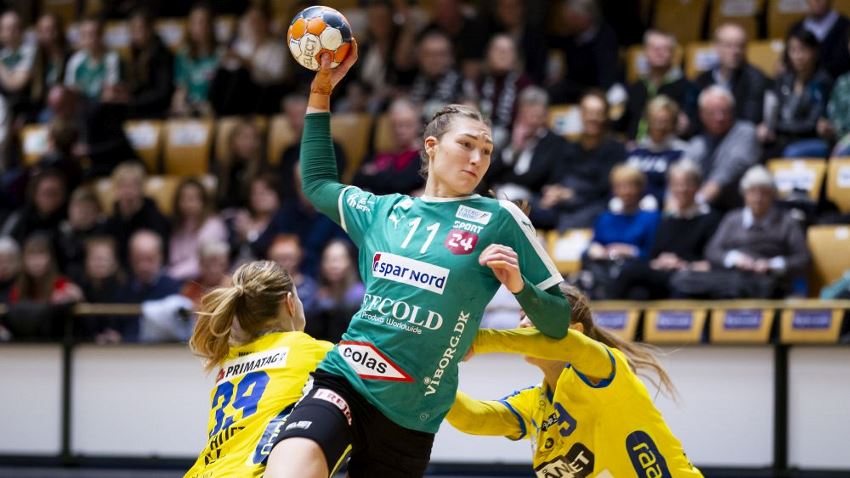 In the first leg match, Viborg HK took a big step towards reaching the Women's EHF Cup Semi-final by beating Nykøbing, 28:20, away from home. Now at home, the team coached by Jacob Verstergaard won the second leg 24:19 and secured their place in the next round with a 13-goal aggregate triumph.

Prior to their clash in the Women's EHF Cup, Nykøbing had beaten Viborg twice in the Danish league this season. But while Viborg, who are currently in seventh place in the Danish league, are arguably underachieving in the domestic competition, they appear to be a much stronger side in the EHF Cup, where their winning run now stands at 14 consecutive matches.

Following an eight-goal away win in the first leg, Viborg were the big favourites to progress to the EHF Cup Semi-final, and they reached the goal without much trouble. Supported by their loyal fans, the home side took a 6:2 lead ten minutes into the game and maintained a four-goal advantage until half-time (13:9).

Although it was not Viborg's best performance this season, as they made more mistakes than usual and finished with just a 50 per cent shot efficiency, the hosts continued to dominate after the break and ultimately celebrated a deserved victory (24:19).

In the semi-final, Viborg are likely to face Hungary’s Siófok, who beat Storhamar in Norway 31:24 and are strong favourites before the second leg on Sunday.