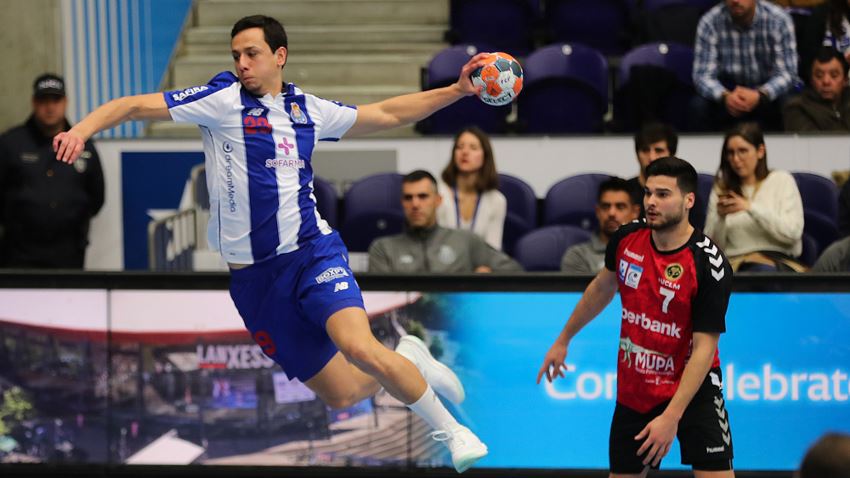 With a three-goal win which was clearer than the final result indicated, FC Porto Sofarma robbed Liberbank Cuenca of their last chance of making the quarter-finals and ensured they won the group with one round of matches remaining.

Porto made sure they entered the quarter-finals of the 2018/19 EHF Men’s Cup as group winners with round of matches remaining, while Cuenca can now not qualify any further.

The three-goal away win for the side from Portugal in the early throw-off was their fifth out of five games in Group C as they dominated the early exchanges in Spain, conceding just one goal in the first 14 minutes, capitalising on their defensive strength to go 7:1 up.

Magnus Andersson’s side held on to this six-goal lead until Cuenca managed to reduce the deficit to just three (17:14) early in the second half but it did not take Porto long to increase their lead again, to 23:15, which was the largest difference in the match.

Even though the home team were able to reduce the gap to three goals again at the end, it only had statistical significance, as the Portuguese win was never in danger.