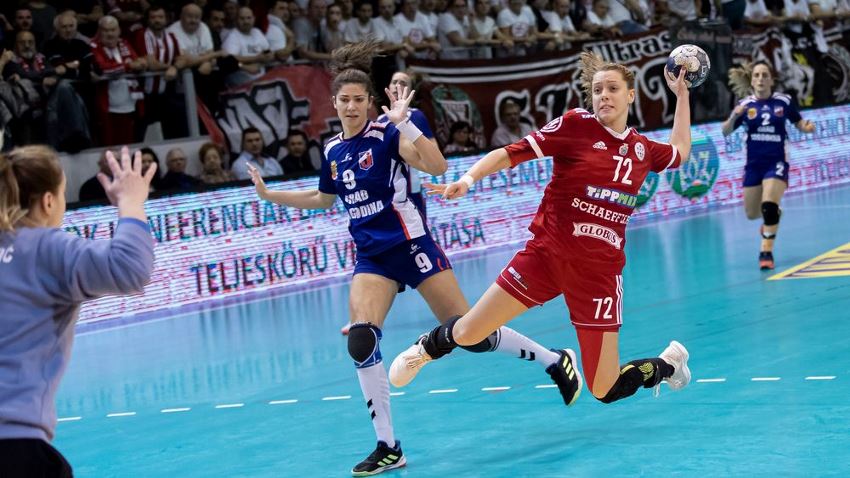 It is hard to beat Kastamonu on their court in Turkey, yet DVSC Schaeffler managed to do it in a thrilling opener to the Women’s EHF Cup group phase, 31:30.

Even without their experienced captain Serpil Iskenderoglu, sidelined due to a flu virus, Kastamonu started the game confidently. Asli Iskit, Yana Uskova and Yeliz Ozel were efficient in attack, helping the home side to a 7:3 lead ten minutes into the match.

The young Hungarian side had a slow start, but gradually they adjusted to the game. Debrecen’s defence improved, and Jelena Despotovic set the tone in attack. Although their attack efficiency (54 per cent) was hardly impressive, the visitors cut the deficit to 17:15 at the break.

The second half saw Anna Kovacs taking the leading role in DVSC’s attack, as she scored seven of her eight goals after the break. In particular, the right back’s three goals in a row helped Debrecen to move the score from 22:19 to 22:22.

After that, the visitors drew level multiple times, but looked unable to take the lead. Yet with one minute to go, Rebeka Arany’s shot finally pulled the Hungarian side in front, and that goal turned out to be a winner for the side from Debrecen as Kastamonu failed to convert their chances in the remaining time.