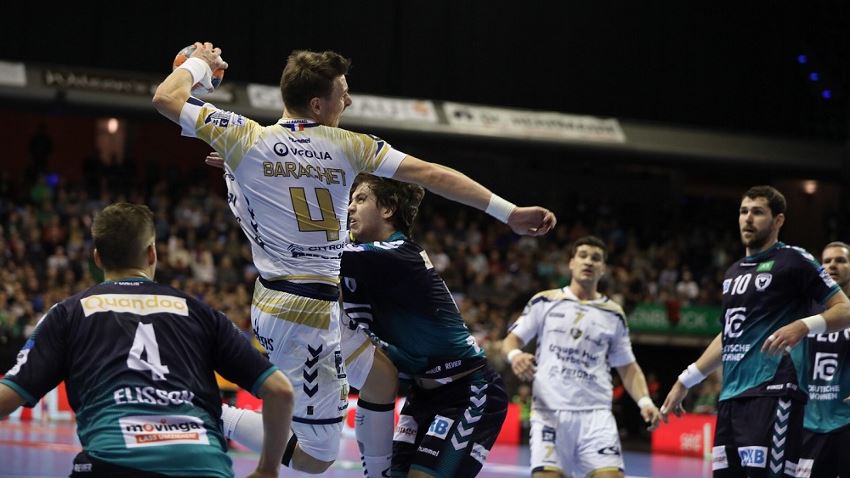 For Saint-Raphaël Var Handball, being in the position to possibly finish first in Men’s EHF Cup Group A is quite a performance. Coach Joël Da Silva said after the draw it would be the most difficult group they had ever faced, and then the team was hit by a series of injuries.

But after winning three of their four matches so far, the top spot in the group is now within reach.

If we win our last two games, we have got a chance to do it,” right back Xavier Barachet says. “That has never happened to us before, and that would be a huge step towards the finals. But we know it’s not going to be easy.”

The younger players did well and grabbed important wins

But the younger players did well, and they grabbed important wins against La Rioja and against Balatonfüred twice in the following weeks.

“We are all proud of what they did, they really showed their best and why we could trust them,” says Barachet, who, at 30, counts among the oldest players in the squad.

Things are gradually getting better

The injury-hit period was a difficult one for Saint-Raphaël, as the team suffered some tough losses in French competitions. But it seems like things are gradually getting better. Last weekend, they gave Montpellier HB a hard game in the semi-final of the French league cup, only losing by two after losing by eight at home two weeks before.

“Confidence is getting back and our last games showed it,” Barachet says. “We are improving on the court. There were some tough moments when we suffered all the injuries and not everybody has come back yet. But we hope this is now behind us.” 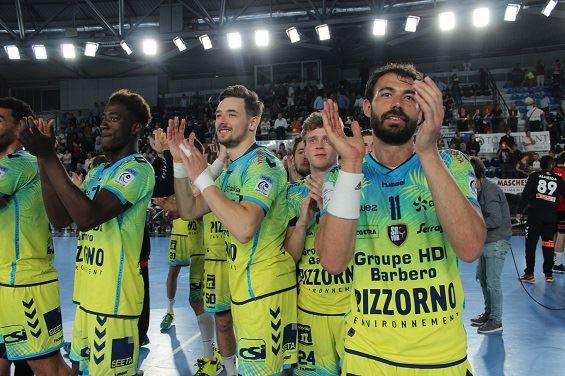 Saint-Raphaël seem to be getting back on track at the right time as Füchse Berlin are coming to France on Saturday at 20:00 CET (live on ehfTV.com), while a tough trip to La Rioja is on the cards for next week.

Last season, the German side took the two points in France and also beat Saint-Raphaël in the final in Magdeburg.

“They are a really tough team to beat, and even when they are having a bad day, they have got players with a lot of experience who can get them out of a bad situation,” Barachet says. “We are starting to grow as well. The team has been the same for the past couple of seasons. But every time we play against them we understand why they are one of the favourites in the EHF Cup.”

"Game is important, but not more than other games"

A win, and preferably by at least five goals, would be crucial to Saint-Raphaël’s efforts to finish the group in first place - something the French club has not managed so far.

But to Barachet, Saturday’s game is important, but not more than the other games.

“We know that every game at this time of the year is crucial. We are aiming for the sixth place in the French league which might give us a European ticket,” the right back says. “We also want to win every game we play in the EHF Cup. I am pretty confident our experience will help us fulfil our ambitions.” 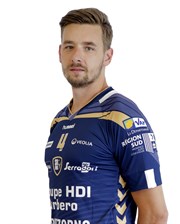