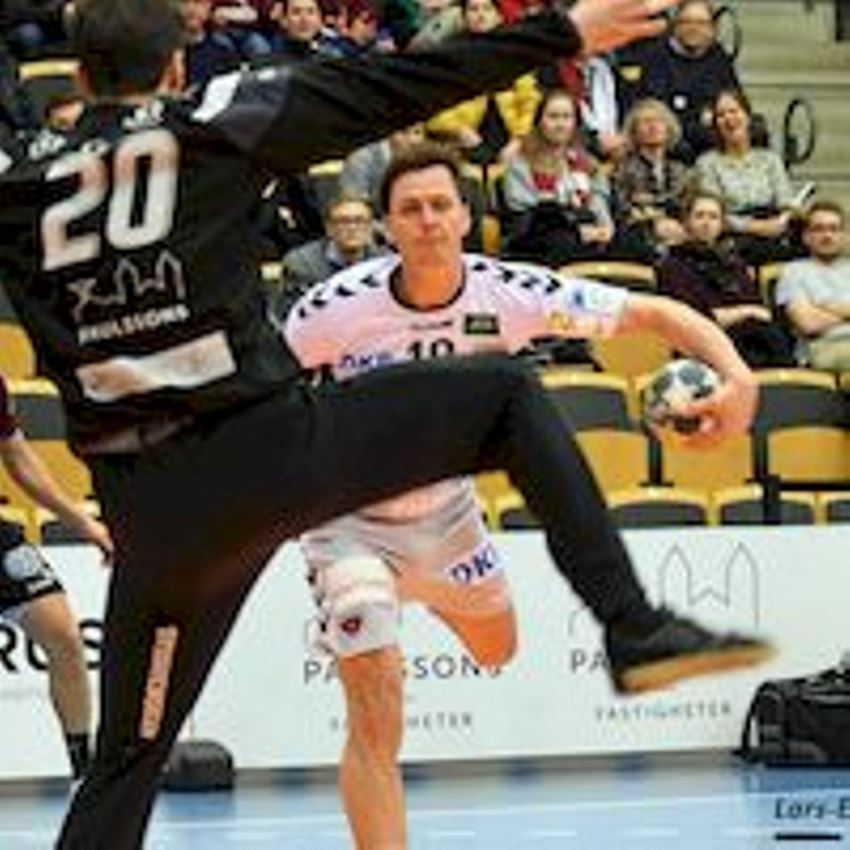 Through a 34:25 win at home against Lugi HF, Füchse Berlin secured the first place in Group B of the Men's EHF Cup on the last day of the group phase.

In the same group, Saint-Raphael Var Handball celebrated their quarter-final berth by winning 38:29 in Spain against Helvetia Anaitasuna.

Missing injured backcout players Paul Drux and Marko Kopljar as well as Steffen Fäth who sustained an injury after five minutes did not stop Füchse from ending their group phase campaign with a big home win.

Lugi were only able to follow the home team until the score 3:3 at the start.

From then one, Füchse were completely in control and leading by six goals several times already in the first half.

In the second half, the current number two in the Bundesliga continued to dominate, having a series of 11-goal leads along the way, much to the satisfaction of the 5,805 spectators in the Max Schmeling Halle.

The win meant that Füchse could lean back and enjoy the group win without having to worry about the later game between Helvetia Anaitasuna and Saint-Raphael.

The quarter-final was already a fact for Füchse before the last match day.

To Lugi, their sixth defeat in a row made it a fact that the Swedish club was the only team who did not get a single point in the group phase.

Saint-Raphael had qualified for the quarter-final already before this very last match in group phase, but after the Füchse win earlier on Easter Sunday, the French side could no longer win the group.

This did not make Saint-Raphael take the match lightly at all, however.

After a couple of Anaitasuna leads at the start, the visitors were in charge for the rest of the first half, and in the last 30 minutes, the French dominance became even more outspoken, and after a number of six-goal leads, Saint-Raphael went 10 goals up before winning by nine.

Before the match, it was already a fact that Anaitasuna would finish third in the group.

The last results mean that the following teams are ready for the quarter-finals: