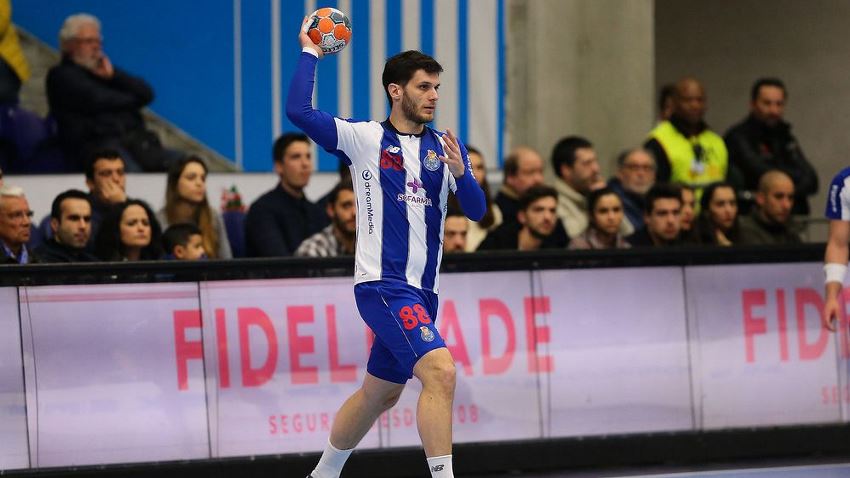 Between Saint-Raphaël - last season’s finalists - and Porto - a team that won all of its games in the Group Phase - the battle was going to be a tough one, and that is exactly what the two teams delivered in the first leg of their quarter-final. Porto once had a three-goal advantage early in the game, but the hosts came back quickly, partly thanks to Raphaël Caucheteux’s offensive efficiency.

The game was a very tight one, neither of the teams took more than a three-goal lead in the first half. The visitors were the first to do so after seven minutes, thanks to Diogo Branquinhos’ second goal.

But with a 4:0 run, Saint-Raphaël came back into the game, made the score even three minutes later and with Adrien Dipanda netting for the second straight time, they even took the upper hand for a short while.

Both teams were finding solutions easily in attack, with Raphaël Caucheteux and Antonio Rodrigues proving to be their teams’ most prolific scorers. At half-time, the score was even, 17:17.

Neither of the teams managed to take the upper hand after the break, as once again their was never a lead greater than two goals.

If the first half had been an attacking exhibition, the second one was much more tougher, with defence slightly coming back into the game and goalkeepers finally making saves. Mihai Popescu and Alfredo Bravo Quintana were making important stops and, all through the half, the two teams were neck-and-neck.

Porto had two opportunities to return from France with a victory in the dying moments of the game, but Mihai Popescu denied Antonio Rodrigues’s seven metres shot, before the winger missed a chance. Moments later, with six seconds left to play, Raphaël Caucheteux pulled out a miraculous pass from the corner to Alexander Lynggaard, who scored, allowing the French side to grab the draw (30:30).

Rares Fortuneanu, assistant coach of Saint Raphael, remains hopeful, "It was a committed match. We knew before the game that it (Porto) was a very good team which manages perfectly the ball in attack. In the first half we got easy goals then in the second half we didn't recover a lot of ball and we could not use the space as well. This result give us hope for the second game and for the qualification. I think we will do if we erase the errors of concentration."

Magnus Andersson, the coach of Porto felt disheartened but hopes his team's European form will see them through, "Of course is not a bad result but we are a little bit disappointed, we had our chance in our hands but it's open for the second game next week. So we will see if this result is enough. Direct after the game we are disappointed because we had really big chance to win. We miss one very important penalty wich was so important to score this last goal. I am also really proud of my team. So far we play well in Europe. We will see if it's enough."