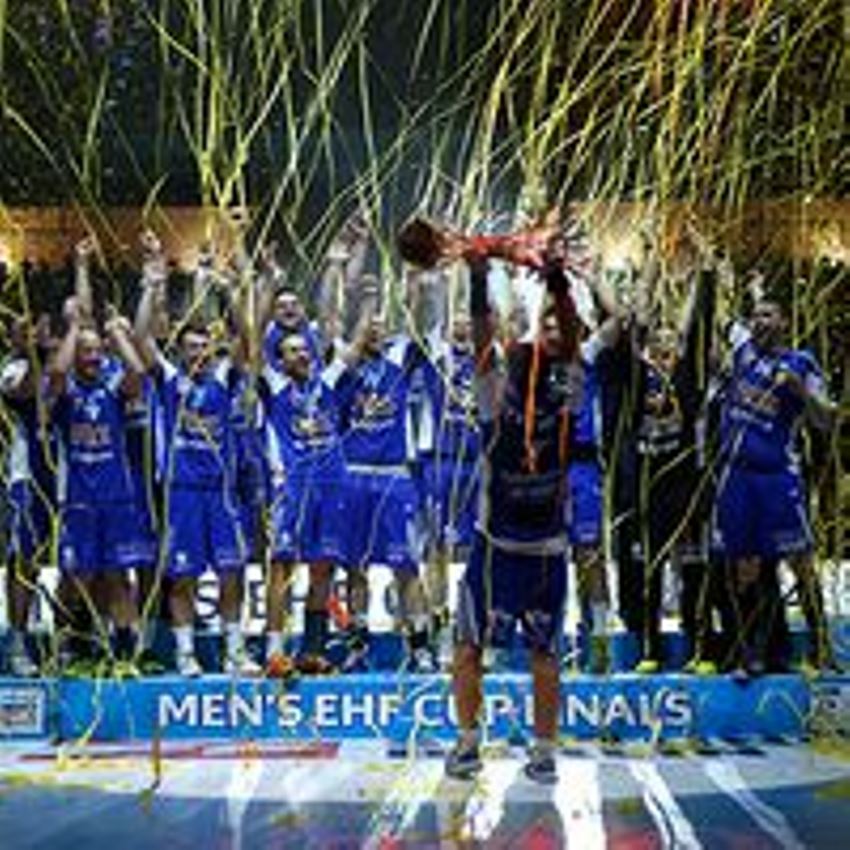 For the first time in the history of the European Handball Federation, a Hungarian club side has won the EHF Cup. Pick Szeged made history on Sunday with a 29:28 final victory against Montpellier Agglomeration. The French side missed their second international trophy after winning the EHF Champions League in 2003.

On the other hand, Pick took their first ever international title in club history and became the second Hungarian club to win a EHF European Cup competition this season after Women’s EHF Champions League winners Audi ETO Györ.

The big parallel of Györ and Szeged: Both are coached by Spaniards. And Pick coach Juan Carlos Pastor was gifted with the trophy on his 46th birthday. In a thrilling final, goalkeeper Roland Mikler was once again the match winner for Szeged, and was awarded best goalkeeper of the event, in his last match for Pick on Sunday, before his transfer to Veszprem.

Finally the final had been decided ten seconds before the final buzzer, when Jonas Larholm scored the 29:27 with a penalty. Top scorer of the match and the whole competition was Montpellier’s Dragan Gajic with ten goals, which meant 19 for the weekend and 72 goals overall.

Thierry Omeyer missed out on winning the “missing trophy”, as the MAHB goalkeeper never had won the EHF Cup before. Next season he will play for PSG Handball. 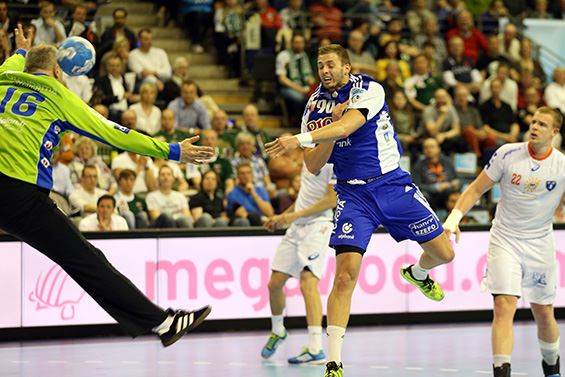 The Hungarian fans went crazy on the stands, when at 17:15 hrs. the final whistle had been blown.  Chanting “Pick Szeged, Pick Szeged” they cheered the players, who were dancing on the court.

Both sides caused an unexpected high number of mistakes in the whole match. After an equal start, Szeged took the lead, but could not cast off their opponent by more than two goals before the break.

When Montpellier, missing injured right back William Accambray,  improved in defence by more aggressive actions, Szeged lacked ideas to increase their advance - but on the other hand, Montpellier lacked precision in attack, while Pick goalkeeper Roland Mikler stood strong, like in the semi-final yesterday.

And on Montpellier's side, Thierry Omeyer prevented his team from a bigger deficit than 14:16 at the break. Already wo minutes before the break Slovenian right wing Dragan Gajic secured the trophy as top scorer of this competition, when netting his fifth in a total of ten goals. By an overall of 72 goals he left Alexandru Simicu (Constanta/66 goals) behind in second.

But in contrast to counter attack specialist Gajic, the Montpellier back court axis was below par before the break, unlike Szeged, as Ilyes, Balogh, Prce and Larholm were the clear leaders in attack.

And while Montpellier changed goalkeeper from Omeyer to Arnaud Siffert (like in their semi-final against Constanta) after the break, Szeged still relied on Mikler - who, in cooperaton with the Piock defence, stopped Montpellier at the beginning of the second half.

Thanks to Mikler, and a patient and focused method of attacking, Szeged extended the gap to three goals, and even missed four straight chances at the score of 21:18 to take an early decision in a fierce battle for every centimeter and every ball with a huge number of missed passes, missed shots and technical mistakes.

And Montpellier punished the Hungarian side immediately: A triple strike to bring it level for the first time since the opening period (23:23 in minute 51), brought them back to the match, while Szeged had lost their rhythm in attack.

When Pick were shorthanded by two players, the vociferous MAHB fans hoped for the complete turn of the match, but the opposite happened: Szeged scored and Montpellier caused two unforced errors in attack instead of taking the lead.

Two minutes before the end the match seemed to be decided, when Pick led 28:25, but Montpellier never gave up, scoring twice and putting enormous pressure on Szeged. Finally a penalty from Larholm decided the match, in which Ferenc Ilyes was top scorer for the new champions with seven goals.

"I have to thank my players, my club and all people around the team in the club. My players always believed in themselves and now have won this big title. It was a tough game against a tough competitor. The key was that we scored when we were shorthanded. Now we celebrate, but then we work on and on," said Juan Carlos Pastor after the victory. 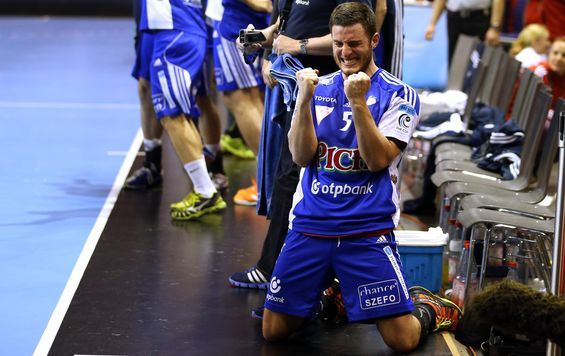