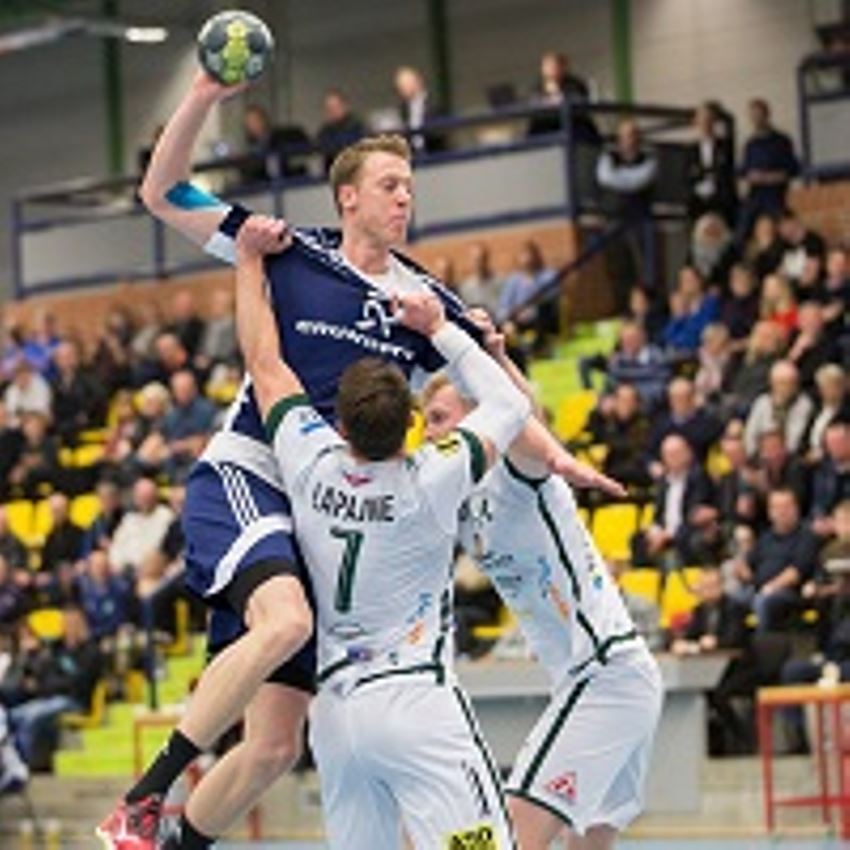 With EHF Cup Finals organisers SC Magdeburg already having secured their berth, only three quarter-finals will be played, for which the last participant will be determined in the final round of group phase games this weekend.

Two group wins, which are crucial with regard to the home advantage in the second leg of the quarter-final, are also at stake.

Bjerringbro-Silkeborg are one of the two teams in the battle for the last place in the quarter-finals. To achieve this goal, the Danish side will need a win on Saturday afternoon, and rely on RK Nexe to lose their away game one hour later in Finland against Cocks.

Furthermore, Silkeborg will have to catch up with a 12-goal difference in favour of Nexe.

For the visitors, things are much simpler. SC Magdeburg have already secured the group win, which also allows the German side to skip the quarter-finals and proceed directly to the EHF Cup Finals, for which they are organisers.

The motivation for Magdeburg will be to finish the group phase on maximum points. For former Silkeborg players Jannick Green and Mads Christiansen, the match will be a nice revisit to their old home ground.

Neither team can make it any further than the group phase. With both on three points, the match is entirely focused on the battle to avoid finishing last in the group.

Internally, the two teams are also equal, as the first match in Slovakia ended 25:25. But as Minsk have the far better goal difference, a draw will do for the Belarusian side to clinch third on the table.

Füchse share the lead in Group B with Saint-Raphael Var Handball, with both teams on eight points. Thus, the group win will be decided between these two teams.

The group win is important, as it may mean an easier opponent in the quarter-final – and probably even more crucial, the chance to have the home advantage in the second leg.

As Füchse rank ahead of Saint-Raphael internally, the Bundesliga team have control of their fate. A win against Lugi in Max Schmeling Halle in Berlin on Sunday afternoon will be all it takes.

For the Swedish visitors, the match is the last chance to avoid finishing as the only team in the entire group phase without a single point.

Just like Füchse, Saint-Raphael are already qualified for the quarter-finals. Regarding the group win, the French team can only hope that Füchse stumble against Lugi earlier on Sunday afternoon, which will give Saint-Raphael the chance to take first place after all.

For Anaitasuna, who are sure to finish third in the group, only honour is at stake.

If Bjerringbro-Silkeborg win their home game against SC Magdeburg, Nexe may need a draw in Finland to be sure to proceed to the quarter-final. However, as the goal difference between Nexe and Silkeborg stands at 12 goals in favour of the Croatian side, Nexe may still qualify for the next round even in case of a defeat to Cocks and a win for Silkeborg against Magdeburg.

Due to the time difference between Denmark and Finland (one hour) the match in Silkeborg will not be over when the game between Cocks and Nexe starts, so Nexe will not have a complete overview of the conditions at throw-off.

Last Saturday, Cocks earned their first points in the EHF Cup Group Phase in two years, as the Finnish champions won 25:23 in Slovenia against RD Koper.

That victory will undoubtedly have given Cocks enough of a taste of winning that they will be extra determined to take a victory on home ground. Such a result would give Saturday’s hosts a good chance of escaping last place in the group.

Göppingen are already sure to play the quarter-final – and even to do so as winners of the group. The main motivation for the back-to-back EHF Cup winners will be to stay on maximum points and finish the group phase in style in front of their own spectators.

For Koper, it is a question of avoiding fourth and last place, which will be the outcome if the Slovenian side are defeated in Germany and Cocks draw at home against Nexe.

Pulawy will finish third in the group in their first group phase campaign ever – that is a fact no matter the outcome of this last match.

Granollers are already in the quarter-final, and the Spanish team will even proceed as group winners in case of a victory in Poland on Saturday afternoon.

The Spanish team have seven points just like Chambery Savoie Mont Blanc Handball, but Granollers are better internally, and therefore, control their own destiny.

Chambery’s quarter-final ticket is already booked, but they can only win the group if Granollers stumble in Poland, and Chambery do their own home work against Wacker Thun.

For the Swiss visitors, it is already a fact that their first EHF Cup Group Phase campaign will end with a fourth-place finish on the table.