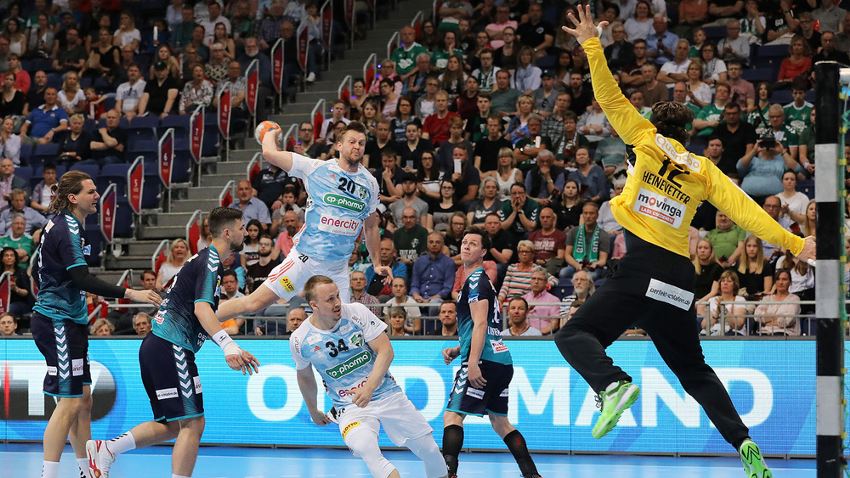 Heinevetter opens gate wide to Kiel for the Foxes

After the first two quarter-final matches of the 2018/19 Men’s EHF Cup season had been more or less equal, Hannover showed too much respect in their all-German duel against defending champions Berlin and were chanceless from the start to the end.

None of the fans in the TUI Arena could have guessed that the 1:0 score early on would have been the last time the home side would be in front in their first-ever EHF Cup quarter-final.

Defending champions Füchse Berlin took the upper hand and full control of the match easily in the starting period. Thanks to a rock-solid defence and high efficiency in attack, they pulled ahead to 7:3, causing the first, quite early, time-out of Hannover coach Carlos Antonio Ortega already (minute 13).

In the upcoming 17 minutes to the break the hosts had their strongest period, including levelling the score for the first time (11:11), but Berlin withstood the pressure and denied Hannover the chance to take the lead. Thanks to buzzer-beating hammer shot of Paul Drux, Berlin were ahead 15:14 at the break. 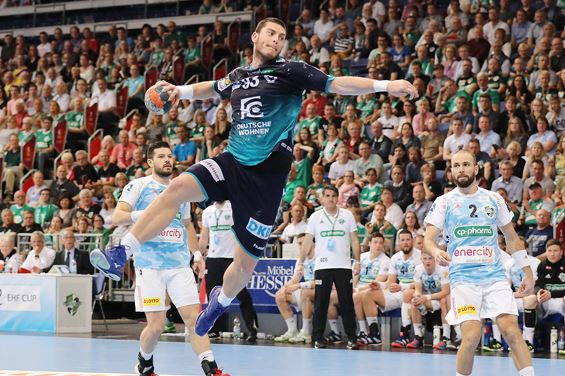 And right from the start of the second half, Berlin accelerated, pushing for an early decision. Even two more Ortega time-outs within eight minutes did not change that much. The Foxes were fully focused, forging ahead to their first six goal advance at 24:18 in minute 41.

Despite a series of goals from top scorer and Danish world champion Morten Olsen, the hosts did not have the means to stop the Berlin express. The main reason was the outstanding performance of Füchse goalkeeper Silvio Heinevetter, who has just announced that he will leave the club in 2020 (to Melsungen). His saves – and even his goals – to make it 28:23 were the keys in crunch time and as it extended to 30:23 in favour of the visitors, the deal was sealed.

Bearing in mind that Berlin have not lost any EHF Cup match at their home, the Max-Schmeling Halle, for almost three years (the 26:21 loss in the 2017/18 group match opener against Saint Raphael was in Potsdam), the final result in Hannover is more than a hint for which German team will make it to Kiel besides hosts THW.