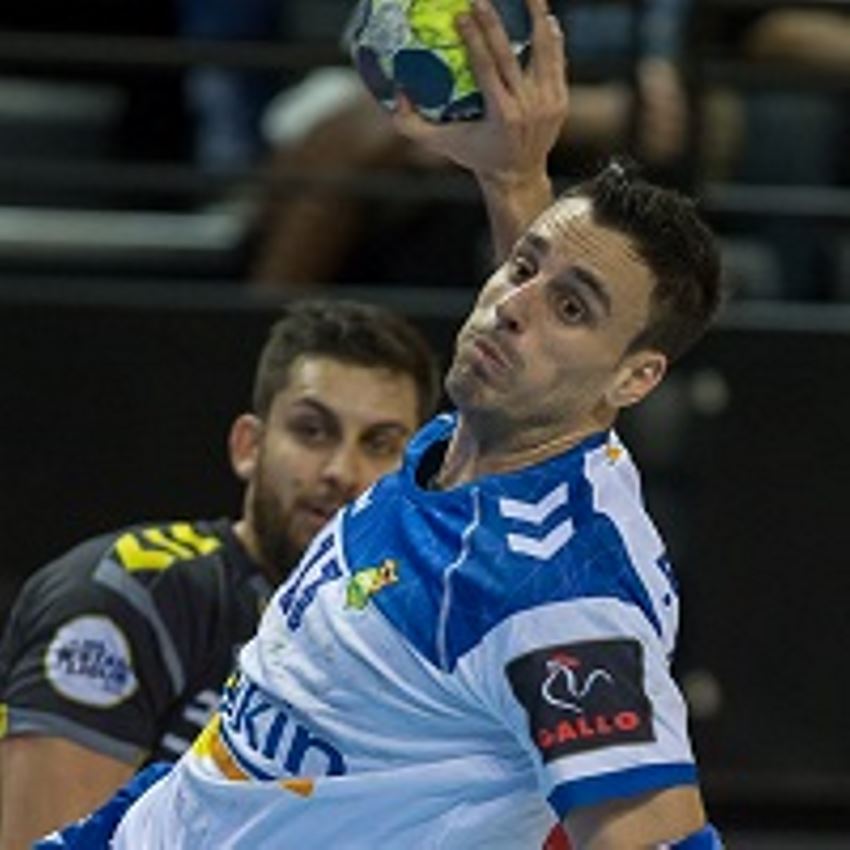 A 22:20 win against Cocks was enough for RK Nexe to book the last ticket to the quarter-finals of the Men’s EHF Cup, despite a 27:26 for their rivals, Bjerringbro-Silkeborg, in Group A. On Saturday, it also became clear that Fraikin BM. Granollers would finish as winners of Group D.

Bjerringbro-Silkeborg caused Magdeburg their only loss of points in the group phase, but the win was not enough for the Danes to clinch the last quarter-final berth.

The fact that EHF Cup Finals organisers Magdeburg were already sure to win the group and proceed directly to the finals meant that there would only be three quarter-finals. Therefore, the poorest second-ranked side had to be eliminated, and this tough fate became Silkeborg’s.

Silkeborg were missing injured Nikolaj Markussen, but the use of two line players in attack and a strong defensive system compensated for the absence of the tall left back. After an equal first half during which the lead changed hands, the home team took a narrow advantage with them into the half-time break.

Five goals in a row to open the second half took Silkeborg to a clear 17:11 lead, and the home crowd began to hope for a miraculous quarter-final berth after all. However, after the hosts intermediately kept a six-goal advantage, Magdeburg closed the gap – though they were never able to equalise.

“I think we made a fine effort after all. The start to the second half made us believe that we could achieve the big win of which we were dreaming, but defeating Magdeburg is great in itself,” said Silkeborg keeper Sören Rasmussen.

After Bjerringbro-Silkeborg’s win against Magdeburg, this game was only a matter of avoiding fourth and last place in the group. With the decisive victory, Minsk left Presov to that fourth place and claimed third position for themselves.

Presov managed to catch up with a four-goal deficit in the first half, but after they led by two at the break, Minsk outran and outplayed their opponents in the last part of the second half.

Following Bjerringbro-Silkeborg’s one-goal victory in Group A, Nexe could afford a defeat of up to 11 goals and still qualify for the quarter-final. The Croatian side never got anyway near such trouble, however. Instead, they removed any doubt by taking a narrow win and finishing on eight points.

After Cocks led 1:0, Nexe claimed the upper hand and held the advantage through the rest of the first half – most of the time by the same four-goal margin that stood at half-time.

Despite only scoring eight goals in the second half, Nexe still managed to earn the win. Cocks levelled the score once, at 19:19, but the visitors soon pulled two goals ahead again and held on through the last minutes.

“We had some injury problems, which always affect our team, but we managed to take two points and a place in the quarter-finals, so I am very satisfied,” said Nexe centre back Ante Gadza.

Before the match, Göppingen were not only sure to reach the quarter-finals, but to do so as group winners. However, there was more in it for the Bundesliga team.

After Magdeburg’s defeat in Denmark, Göppingen had the chance to be the only team to proceed through the group phase undefeated – and the defending back-to-back EHF Cup winners made use of that opportunity.

It did not take Göppingen long to establish a clear lead, and after being six goals in front at half-time, the home team could easily live with losing the second half by one goal. Koper might find consolation in avoiding finishing last in the group.

While Pulawy had nothing but honour at stake, Granollers, who were already sure of their place in the quarter-finals, had the group win to play for. The Spanish visitors emphasised their first place by taking a clear win on Saturday.

After the home team held a narrow edge early on, Granollers took charge and led by three or four goals for most of the first half.

In the second period, Pulawy reduced the distance to one goal at 24:25, but that was as close as the hosts came, and in the last 10 minutes, Granollers increased their lead to finish with a seven-goal win.

After securing a tally of nine points overall to top the table, Granollers no longer had to pay attention to Chambery’s match against Wacker Thun later in the evening.

Granollers’ win earlier on Saturday robbed Chambery of their last chance to win the group, though the quarter-final was already a fact for the French team before their last match of the phase. Despite being unable to reach first place, Chambery never left any doubt as to which team was going to win the late game.

Wacker Thun had nothing at stake except honour, as the EHF Cup Group Phase debutants were sure to finish last on the table.

The home team led from the start, and managed to pull six goals ahead in the first half alone. The difference increased even further after the break, reaching nine goals, at 22:13, at its highest.

Towards the end, Thun minimised the gap to a certain extent, but were unable to cast any shadow on the result.