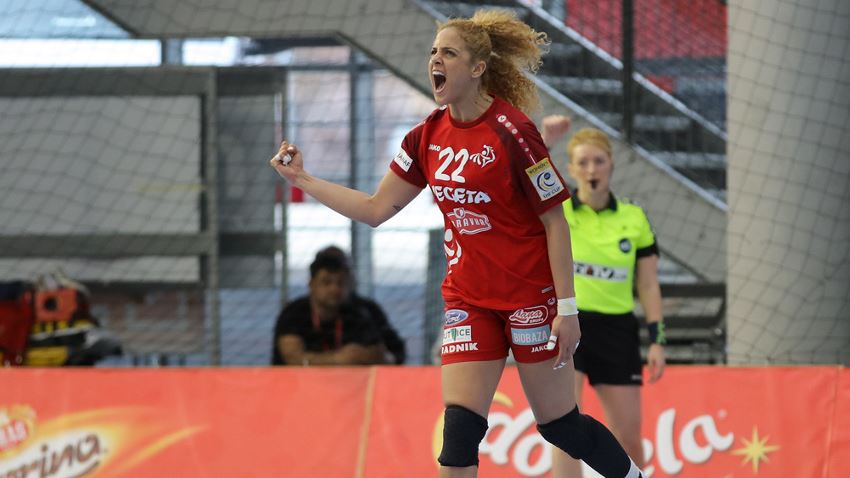 Croatian side HC Podravka Vegeta beat Thüringer 27:23 in the first leg of their quarter-final clash at the Sports Hall Fran Galovic in Koprivnica, Croatia, to hand the German side their first defeat of this EHF Cup season.

With great support from the stands, the Croatian champions started strongly, eventually ending with a four-goal victory, but Thüringer fought hard and showed why it will not be easy for their opponents in the second leg, scheduled for 8 March in Nordhausen, Germany.

This was a rematch of last season when both teams met in the DELO WOMEN’S EHF Champions League group matches, with each team winning the away game (28:26 for Podravka, 31:23 for THC), but HC Podravka Vegeta ensured that history did not repeat this season in a performance which their coach Zlatko Saracevic described as “phenomenal”.

The Croatian side took control right from the very beginning of this match, building up a six-goal advantage (8:2) 10 minutes into the game as Thüringer’s defence went missing and their attack had trouble finding the net, scoring just twice, from two penalty shots.

Nothing much changed midway through the first half as the home side maintained a healthy advantage, going up to seven goals thanks to the effective play from Dejana Milosavljevic, and the saves from Jovana Risovic.

Towards the end of the first half though, Thüringer finally woke up, as they gradually cut their deficit thanks to goals from Alicia Stolle and a confident Beate Scheffknecht, from the penalty line, with the German side going into the break just three down (15:12).

After the break, Thüringer were determined to cut the gap even more, and just eight minutes into the second half they were within one goal (17:16). Saracevic tried to change the play of his side but their defence lacked power, but they were spared, as the German side could not draw level, despite a player advantage and in possession.

It was to prove to be a nerve-wrecking end to the game for everyone connected to the home side until the 50th minute when everything started to change again.

Podravka were determined to take a win in front of their fans and managed that in the last 10 minutes, as Angolan player Azenaide Danila Jose Carlos, who only came to Koprivnica, two days ahead of the match, was an integral part of the home side’s attack alongside Tsakalou, who later described the atmosphere inside the hall as “amazing”.

Together, they guided their team to a four-goal advantage (26:22) five minutes before the end and secured an eventual victory by the same margin, 27:23, to set up an interesting second leg clash next week.

“They deserve the win,” said Herbert Müller, coach of Thüringer HC. “We opened the game very badly in the first 15 minutes, like we were still sleeping in the hotel. Then we had a tough game for just 45 minutes.

“I was very afraid, but after the second time out we started playing better in defence,” he continued.

“The key moment in the game was when got to one goal behind but with the ball and one player advantage we could not score.”