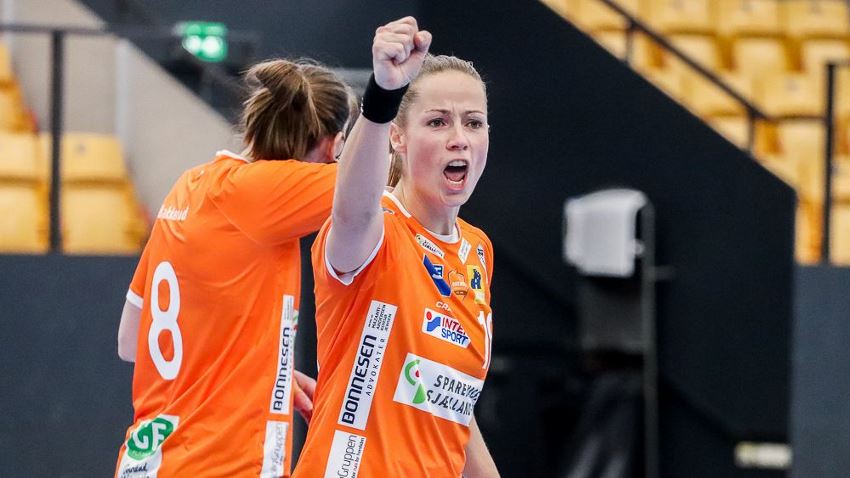 Odense through to semi-finals after thriller

Odense Håndbold are ready for the semi-finals of the Women’s EHF Cup, but they were unable to decide the tie against Handball Club Lada until the very last minute.

In the beginning, Lada defended their 31:28 lead from the first match well, leading by a goal or two, but towards the end of the high-scoring first half, Odense took over and led by four at the break.

Odense opened the second half by increasing their lead to five goals a couple of times, but Lada fought back and cut the deficit to a single goal on a couple of occasions.

Odense went four ahead again, and when Mie Højlund made it 34:29 with 27 seconds left, the matter was decided and the Danish club booked a semi-final date against defending champions Siófok.

“We knew it would be a tough match because we know it is a really strong team that we had to meet.

“I think we got a fighting win today and that we as a team did it. Everyone fought so hard and everyone did their part, which is why we got the win today,” said Højlund.