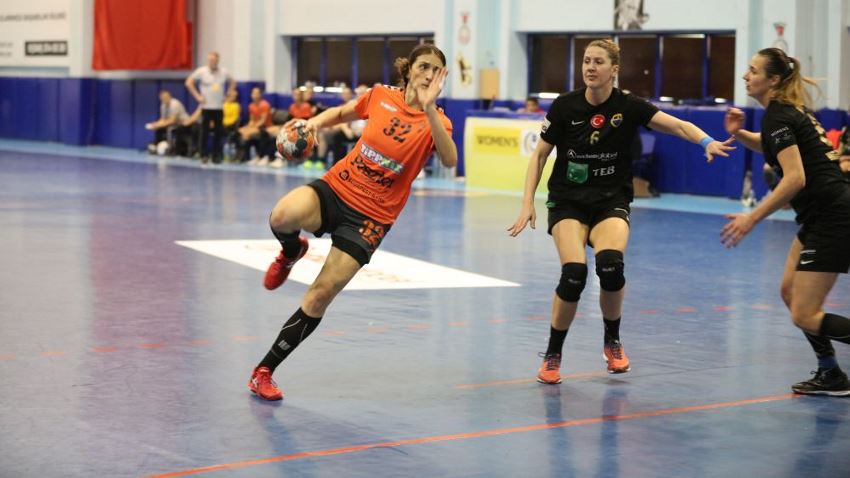 Siofok close in on semi-final after big win at Kastamonu

The title holder Siofok KC Hungary made a big step towards the Women’s EHF Cup semi-final. In the first leg quarter-final match against Kastamonu Belediyesi GSK, the Hungarian side claimed a clear win away from home, 38:29.

Kastamonu had been determined to repeat their achievement from the 2017/18 season, when the Turkish team surprisingly reached the Women’s EHF Cup semi-final. Yet following a nine-goal home defeat, they will have a mountain to climb in the second leg match in Hungary.

Siofok were particularly impressive in the first half, as they led 24:12 at the break and laid foundation for the victory. The home side were better both in attack and defence, and their goalkeeper Melinda Szikora stood like a wall, allowing her teammates to score a number of times from fast breaks.

After hard-fought opening ten minutes, Siofok were up 9:7 before they increased tempo and started to pull clear. Andrea Kobetic, Camille Aoustin, Gnonsiane Niombla scored from all angles, and Szikora showed good reflexes in goal, and following an excellent run, the Hungarian team led 21:9 by the 25th minute.

In the second half, Siofok relaxed their approach, allowing their rivals to somewhat cut the deficit. Yet their confident victory was never in danger, so the visitors ultimately won 38:29.