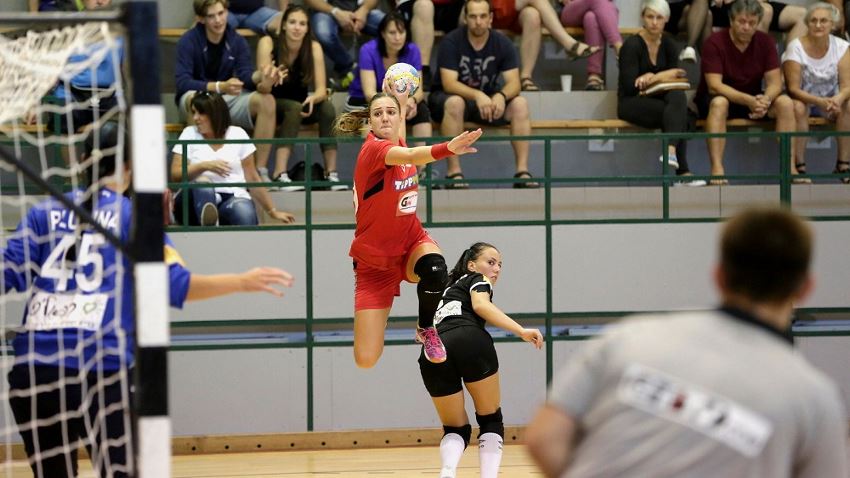 The Women’s EHF Cup 2018/19 is entering Qualification Round 2, with 15 first-leg matches to be played on Friday, Saturday and Sunday. One tie, Kuban against BNTU-BelAZ Minsk Reg., will only be carried out next week, as a double-header.

The draw for Round 2 has pitted three teams against opponents from the same country.

Nantes Atlantique Handball are scheduled to host fellow French side Paris 92 in the first leg on Sunday at 14:00 hrs local time (live on ehfTV.com).

Nantes, who are ranked seventh in the French league, enter the European competition in this round. Paris, ranked third in France, started their EHF Cup campaign in Round 1, where they easily beat Macedonian side Metalurg. Competing as Issy Paris Hand, the team reached the group phase last season and only just missed out on the quarter-final.

Fans in Hungary can look forward to a derby

Fans in Hungary can also look forward to a derby as GVM Europe-Vác will face domestic rivals Siófok KC. Vác have the home right in the first leg on Saturday at 15:30 hrs local time (live on ehfTV.com).

Norway is the third country which sees two teams going head to head this round. In Hamar, Storhamar Handball Elite will face Byasen Handball Elite on Saturday as both sides are starting their European season in this round.

Another semi-finalist from last season, Viborg HK, started the current competition in Round 1, where the Danish side had no problems against Ukraine's champions, Galytchanka. Viborg face a more serious test this time when they host Buxtehuder SV of Germany on Saturday.

Hypo are the team with the richest history in Round 2

Four-time Women’s EHF Champions League winners Hypo Niederösterreich are the team with the richest history in Round 2. The Austrian champions, who have won the domestic title 42 years in a row, are going to face Spain's Mecalia Atletico Guardes on Saturday at 19:30 hrs local time (live on ehfTV.com).

Hypo and Mecalia also met last year, in a qualification tournament for the Women's EHF Champions League. In a dramatic match, the Austrian side won 29:27 after a penalty shootout. However, that result does not make them favourites this time, according to Hypo coach Ferenc Kovacs.

“Mecalia now top the Spanish league, and they have bolstered their squad compared to last year. And we actually have a very young team with little international experience,” Kovacs said.

A tight and exciting battle

Also, Russian side Astrakhanochka, Women's EHF Champions League participants two years ago, will be up against TusSies Metzingen of Germany, the EHF Cup Finalists from 2016, in what promised to be a tight and exciting battle on Sunday.

One team advancing from Round 2 will already be known after this weekend: SC Magura will host Czech side DHC Slavia Praha for a double-header in Romania, with the matches being played on Friday and Sunday.