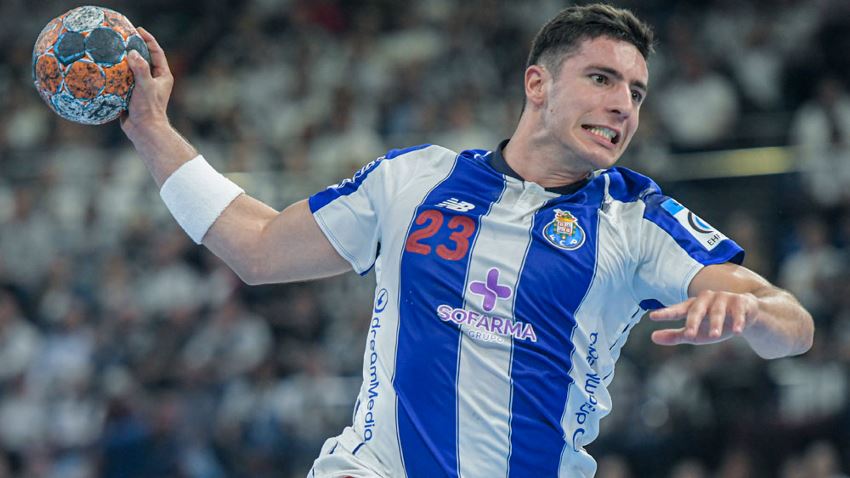 FC Porto Sofarma were trailing in the first half of the 3/4 placement match at the AKQUINET EHF Cup Finals, but with a brilliant second half, Austrian international Thomas Bauer changed the match in favour of Porto - helped by seven goals apiece from Diogo Branquinho and Antonio Areia.

TTH Holstebro kept fighting but once Porto had the lead, the Danish side were unable to pull ahead again.

The first half mainly belonged to Holstebro, but when Porto coach Magnus Andersson sent Austrian goalkeeper Thomas Bauer on at the start of the second half, the match changed.

The game started at a high pace, especially by Holstebro, but at the same time, the start was dominated by the defence and the first 15 minutes was a rather low-scoring affair.

Holstebro took the upper hand and got three goals up, but after a timeout, Porto launched the seven-on-six attack they practised so much in the semi-final. That enabled them to draw level at 9:9, but they could not prevent Holstebro taking a two-goal lead with them to the break.

From the start of the second half, Bauer came on for Porto and changed the game.

His saves played a crucial part in keeping Holstebro from scoring for most of the first eight minutes of the second half, and Porto made use of that time to change the two-goal deficit into an 18:16 lead.

Porto also got three goals up at 20:17, before Magnus Bramming reduced the lead to 20:18 with his 100th goal in the competition. Holstebro then drew level again at 21:21, but Porto found their pace once more.

With less than eight minutes on the clock Porto had a four-goal lead, but Holstebro bounced back once more.

It was only when Antonio Areia made it 28:26 with 19 seconds left that the match was decided. Afterwards, Areia said: "It is important to keep the nerves cool in such deciding situations, but I think we were all good at that.

"Every player is important to our team, and tonight Thomas (Bauer) got an especially big part. Thomas is a showman, and he is a great goalkeeper, and today, he provided a great show and a great performance," Areia added.

Bramming said he would not be able to celebrate his 100-goal record straight away.

"However, I think we can go home holding our heads high. We knew we would be meeting world class teams here, and I think we can allow ourselves to be a little proud of our performance here," he said.

WATCH: @FCPorto celebrate their hard-earned victory in the third place match at the AKQUINET #ehfcupfinals
🥳 pic.twitter.com/AS6BWlgPKY