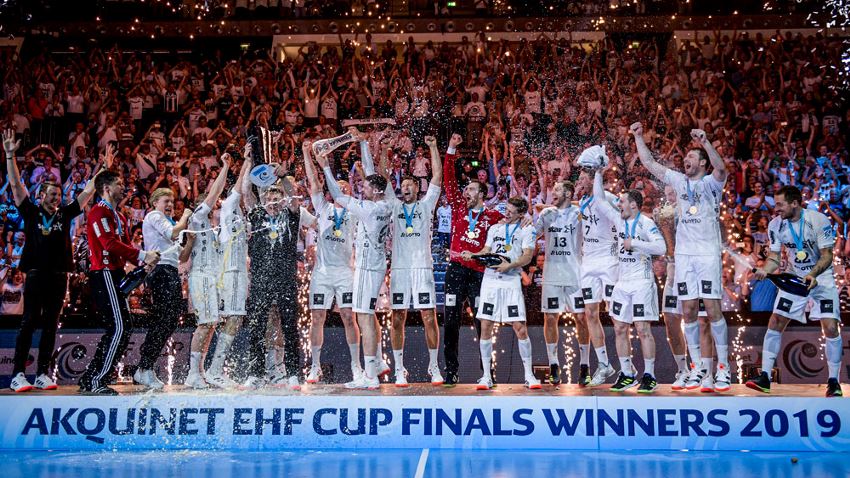 THW Kiel capped off a superb tournament with a dominant AKQUINET EHF Cup Finals win over Füchse Berlin in front of their home fans in the Sparkassen-Arena-Kiel.

Kiel goalkeeper Niklas Landin was awarded best goalkeeper of the event, while Niclas Ekberg was named Most Valuable Player.

FC Porto Sofarma goalkeeper Thomas Bauer won the fan award, voted for by fans online and at the event, while Magnus Bramming of TTH Holstebro was named top scorer.

The match was a physical affair, though with THW Kiel as the obviously better team. Both sides suffered before Kiel could receive the AKQUINET EHF Cup Finals trophy from EHF president Michael Wiederer.

After a couple of one-goal leads for Füchse at the start, Kiel soon took over and established a three-goal lead.

At first, Füchse managed to hang on, but as the first half progressed, they simply could not keep up with the efficient home team.

It did not help the defending champions that their coach Velimir Petkovic used two of his three timeouts already before the break. His men had to go to half-time six goals down and on their way to giving up the title. 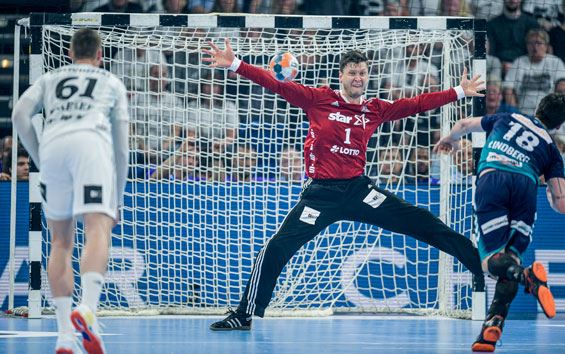 Silvio Heinevetter, who had a first half to forget in the Füchse goal, recovered to a certain extent from the start of the second half and made it possible for his team to reduce the half-time deficit to three goals at 17:14.

They were never really able to threaten Kiel, though, and the already amazing atmosphere in the arena was increased by another couple of decibels.

THW pulled ahead first by five goals and later six before finally winning by four, prompting wild celebrations by both players and fans.

Landin said afterwards he had never experienced an atmosphere like it in the Sparkassen-Arena.

MVP Ekberg said the title was more important to him than his individual honour.

"We haven't lost a single point throughout the competition, and I think that this says everything about our strength," Ekberg added.

Turn your sound on and watch the pure joy of the @thw_handball team and their fans at the end of the AKQUINET EHF Cup Final. #ehfcupfinals 👏👏👏 🦓 pic.twitter.com/8gifll1pl2