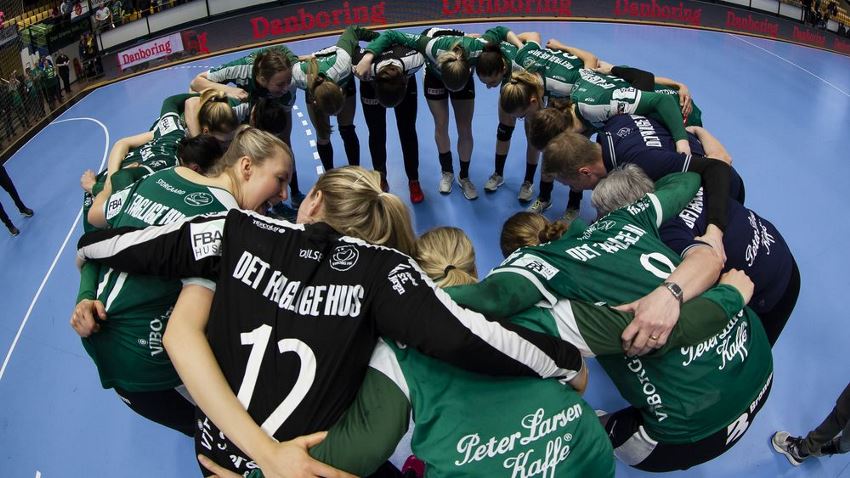 Vipers and Craiova ready for last step towards trophy

During the group stage of the current EHF Cup season, Vipers and Craiova did not look like the competition's favourites, as both finished second on their tables. But their time came in the play-offs, when the sides from Norway and Romania made it all the way to the final – and will now meet to determine the trophy winner.

• Both teams are playing their first European cup final
• Vipers started the season in the EHF Champions League
• Craiova’s road to the final began in the Qualification Round 3
• Vipers’ Linn Jorum Sulland is the second top scorer of the competition and first among players in the final, with 60 goals

Last year, the Women's EHF Cup was won by Rostov, who had jumped to the tournament from the EHF Champions League. Now, Vipers hope to do the same.

The European campaign has been controversial for the Norwegian side, yet they should be given credit for showing character. Following their elimination from the continental top flight, Vipers lost their first three matches in the EHF Cup Group Phase.

After recovering from the poor start, wins in the three remaining games saw Vipers clinch a quarter-final berth, then go on to defeat Brest and Viborg in the play-offs.

“We’ve had some bad periods, it is natural. But we have mental strength, and I have seen it in the situations where we were under pressure. We show it when it really matters. Of course, now we want to win the final,” says Vipers coach Kenneth Gabrielsen, who will step down at the end of the season.

The first leg of the final will be the 50th competitive match played by Vipers this season. However, the team are in good shape – they reached the semi-final of the domestic league and beat Byasen away in the first game of the series (28:23) on Wednesday.

Unlike Norway, there are no play-offs in the Romanian league, and Craiova had a chance to secure second place last Sunday in the direct duel with rivals Magura Cisnadie. But the 19:19 draw means that everything will be decided on the final day of the competition, on May 15.

Before that, Craiova will play both legs of the EHF Cup Final, which is an historic event for the Romanian side. Similar to Vipers, they have reached their first ever final in the European club competitions.

“We are a Cinderella who now wants to become a princess,” says Craiova coach Bogdan Burcea, who recently extended his contract for two more years.

“I am looking forward to playing the EHF Cup Final. You don't have this opportunity every day,” adds goalkeeper Yuliya Dumanska.

SCM started their EHF Cup campaign in Qualification Round 3, where they beat Hungary's DVSC-TVP. They finished second in the competitive Group A with Brest, Kuban and Randers, and eliminated Lada and Kastamonu in the quarter-final and semi-final, respectively.

During the play-offs, Craiova were particularly strong away from home, as they sensationally won in both Togliatti and Kastamonu, where the home sides are seldom defeated. Now, the Romanian team have a reason to hope for a positive first-leg result in Kristiansand.