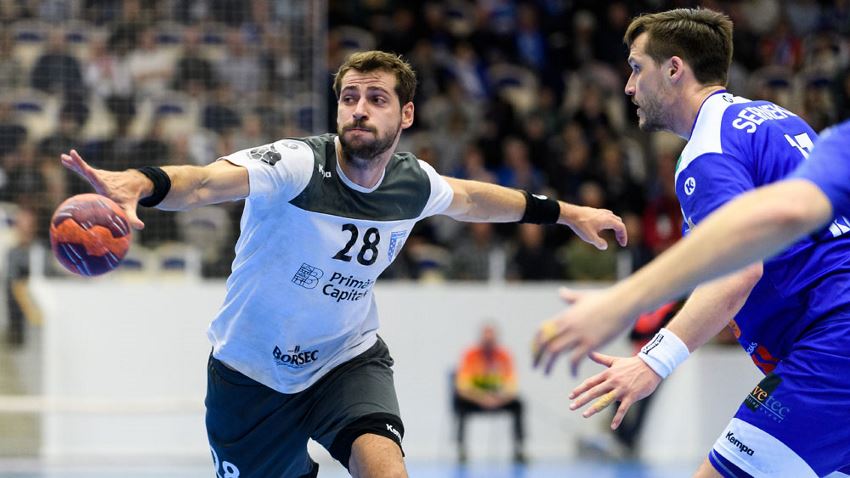 CSM Bucuresti still have the chance to defend their Men’s Challenge Cup title, but the Romanian team were close to being eliminated from the competition by Alingsas HK.

CSM won the first leg in Sweden 29:28, but were unable to capitalise on the advantage in the return match at home.

Despite the enthusiastic support from 2,000 spectators, CSM were unable to shake off their Swedish opponents, and after 50 equal minutes, Alingsas were three goals ahead and seemed to be heading for the quarter-final.

With less than six minutes left, Alingsas were still leading by three goals, 22:19, but CSM managed to reduce the distance to two goals at 24:23 with one minute to play.

This would have been enough to send CSM to the quarter-final due to scoring more away goals. However, when Brazilian centre back Henrique Teixeira equalised for the final score of 24:24 with six seconds left, the last doubt was finally removed.

Valur through after close double-header

There was only one double-header in this round, and that turned out to be an extremely close one, which was only decided in the last minutes of the second leg.

Valur from Reykjavik were visiting Turkish team Beykoz BLD SK, and after a 26:25 win for the Icelandic visitors in the first leg on Saturday, the final outcome would be decided when the two teams met again on Sunday afternoon.

That match turned out to be just as close as the first.

The second half became a close race with changing one-goal leads, but at the end, Valur managed to decide the affair in their own favour by landing another one-goal win, this time 31:30.

Karvina and Halden turn the tables

HCB Karvina were chasing a three-goal deficit when receiving CB Madeira for the return match.

The Portuguese team, who lost the Challenge Cup final to CSM Bucuresti last season, won 30:27 at home, but that turned out to be no big problem for the Czech side when they had the home advantage.

A relatively narrow 14:12 lead at half-time was extended into a 33:27 win by the end, and this was more than enough for Karvina to be able to celebrate their quarter-final berth.

While Karvina turned the tables on home ground, Halden Topphandball achieved a similar result away.

The Norwegian team, who are making their European Cup debut this season, lost 24:23 at home against HC Neva SPb, but after a thrilling return match in St. Petersburg, Halden left Russia with a 23:21 win and a quarter-final ticket in their pocket due to their one-goal win on aggregate.