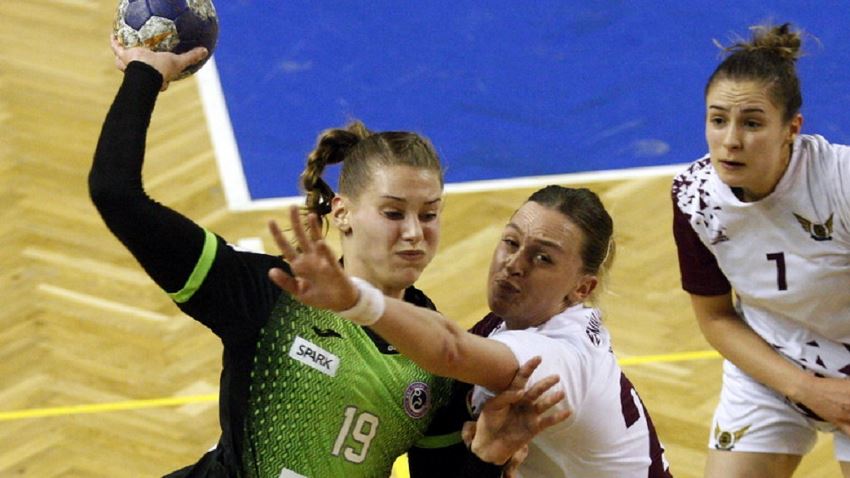 It will be all or nothing this weekend for the 16 teams competing in round 3 of the Women’s Challenge Cup. After RK Zajecar 1949, SIR 1MAIO/ADA CJB and ZRK Bjelovar all qualified by winning their double-headers last weekend, eight more teams will advance to the Last 16 this week.

Those 11 teams in total will join the trio which starts the competition in the Last 16: HC Lokomotiva Zagreb, JuRo Unirek VZV and ZRK Naisa Nis.

The Last 16 will consist of only seven matches after Aula Alimentos de Valladolid have been seeded though to the quarter-final following the withdrawal from the competition by Ardesen.

Debutants Granollers on brink of next round

When hearing "Granollers," most handball fans will immediately think of the team that has been doing well in the Men’s EHF Cup in recent years. But this season, also the women’s team of Granollers is tiptoeing into European handball for the first time.

Granollers will be defending their five-goal lead in Belarus on Saturday at 12:00 CET (live on ehfTV.com).

There are four more second-leg matches to be played on Saturday and Sunday: in all ties, the first leg delivered a clear winner last week, with margins varying between seven and 13 goals.

However, the deciding round 3 action already throws off on Friday with the start of two double-headers.

In a duel in Austria between two European debutants, HIB Handball Graz will be hosting A. C. Veria 2017 from Greece on Friday evening and again on Saturday afternoon.

Also on Friday and Saturday in Zavidovici in Bosnia, ZRK Krivaja will be aiming for their first Last 16 appearance in their fourth participation in the competition. Their opponents, Maccabi Rishin Lezion of Israel, have been in the Last 16 as recent as last season.

The third double-header is scheduled for Saturday and Sunday in Funchal in Portugal, and will see hosts CS Madeira taking on WHC Hadzici DG of Bosnia twice.