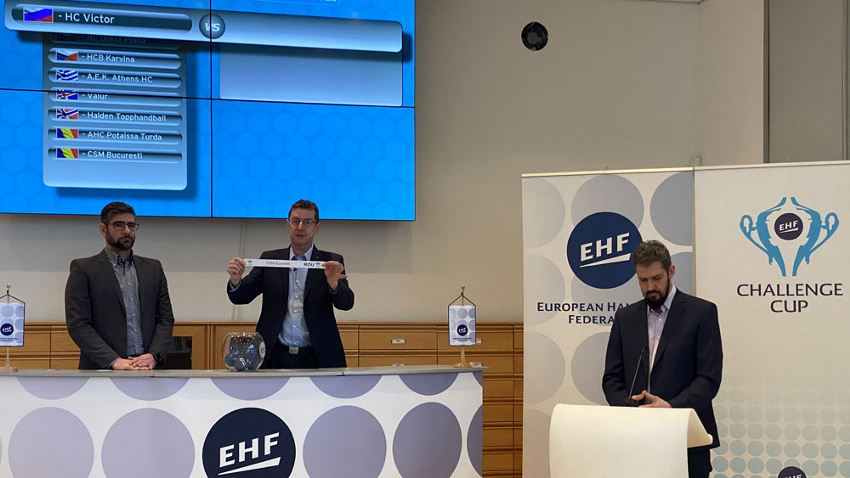 With two Czech clubs and two Romanian clubs through to the Men's Challenge Cup quarter-finals, there was a good chance the draw would throw up a national derby - and that was exactly what happened on Tuesday.

Defending champions CSM Bucuresti avoided a quarter-final against their fellow Romanians AHC Potaissa Turda. Instead, Bucharest will travel to Russia for the first leg against HC Victor, who have reached the quarter-finals for the third year in a row.

The third quarter-final is a rematch of the 2018 final, with 2018 champions Potaissa Turda drawing A.E.K. Athens. The Greek team, who also reached the semi-finals in 2019, take the first home right.

The final quarter-final will be a Nordic derby between Norwegian side Halden Topphandball and Icelandic club Valur.

In the semi-finals, the winner of the quarter-final between Halden and Valur will play either Potaissa Turda or Athens. The second semi-final pairing will see either Karvina or Praha taking the first home right, with Victor or Bucharest playing at home in the second leg.