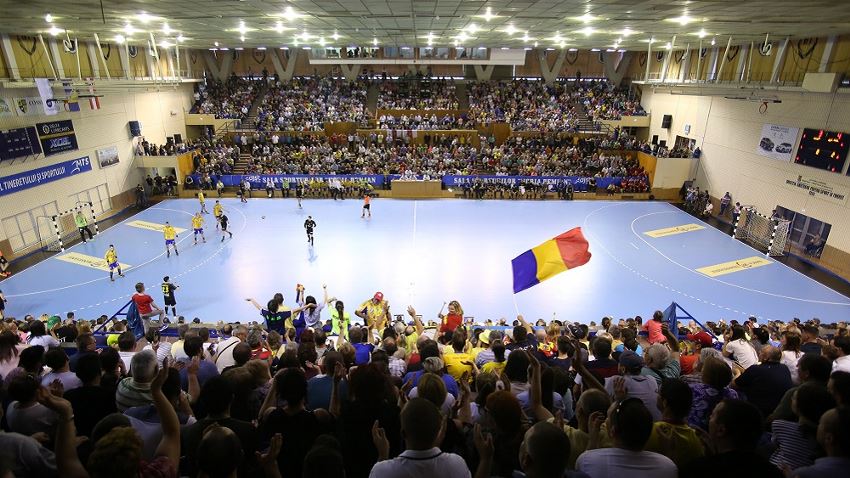 The VELUX EHF Champions League and the Men’s EHF Cup have already been playing for a while – now it is time for the Men’s Challenge Cup 2018/19, with the first matches taking place on Friday.

In Sport Complex Olympiets in Mogilev, Belarus, HC Masheka will host Pas Aeropos Edessas from Greece for the first leg of a double header, of which the return match is taking place in the same venue 24 hours later. The overall winner of the tie can start preparing for a meeting with Bulgarian club HC Dobrudja in the third round.

The first leg of another double header will be played in Austria later on Friday evening. In Handballarena Rieden-Vorkloster, Bregenz Handball will welcome European debutants Colos SS4 Ciobruciu from Moldova. The second leg of this tie is also being played Saturday. AEK Athens HC will be awaiting the winner in the next round.

“It is our obvious goal to reach the next round, and I hope for two handball parties with our sensational fans,” Bregenz manager Björn Tyrner told his club’s website.

While Finland are represented in the VELUX EHF Champions League Group Phase for the first time ever, with Riihimäen Cocks playing in Group D, Cocks’ arch rivals Dicken are chasing glory in the Challenge Cup. On Saturday and Sunday, the Helsinki-based team will take on Moldovan side SSSCJRO-1 Tiraspol in Pirkkola arena in the Finnish capital. The two teams will be fighting for the right to meet RK Partizan from Belgrade in Round 3.

The match line-up this weekend is not entirely double headers. Turkish team Göztepe SK will be ready for the winner of the tie between fellow Turkish club Selka Eskisehir Hentbol SK and Norwegian side OIF Arendal. Eskisehir, who are debutants in Europe this season, have the home advantage in the first leg on Saturday evening, with the return game to be played the following Friday in Norway.

Last year, Arendal reached the third qualification round for the EHF Cup Group Phase, but this season, the club from southern Norway are seeking their success in the Challenge Cup.