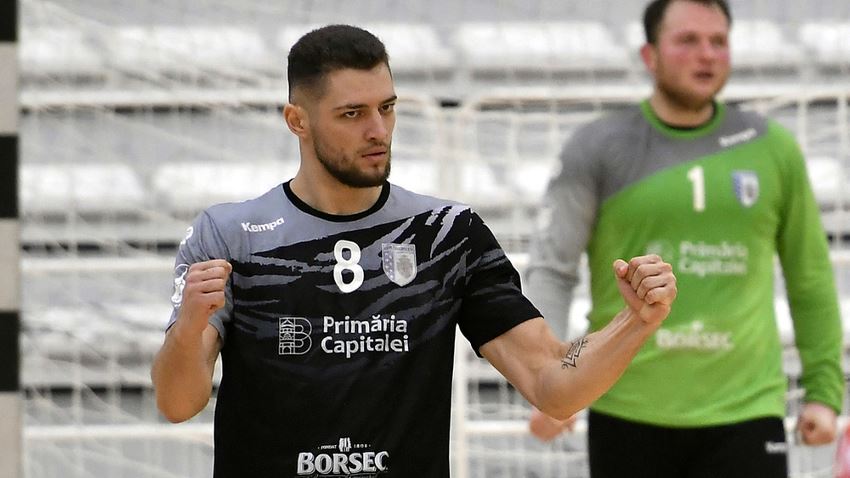 Last season, the final of the Men’s Challenge Cup saw an encounter between a Romanian and a Greek side, as AHC Potaissa Turda defeated A.E.K. Athens HC and claimed their first international title.

This season, another Greek-Romanian final is still possible – perhaps with one of the same teams. However, A.E.K. Athens will have to catch up with a five-goal deficit at home against AM Madeira Andebol SAD in order to clinch their second final berth in succession.

For CSM Bucuresti, the task of following in Turda’s footsteps seems easier, as CSM are leading the two-leg semi-final by two before hosting HC Neva SPb in the Romanian capital.

CSM aim to finish the job

After the CSM Bucuresti women’s side were eliminated from the Women’s EHF Champions League in the quarter-final, the men’s team still have the chance to win a title.

For now, they are close to the Challenge Cup Final after winning 26:24 away against HC Neva SPb in the first-leg semi-final.

However, both teams will probably wish for a more consistent course of the second leg than they experienced in the first match in St. Petersburg, where the sides more or less took turns scoring a series of goals, thus alternating the upper hand.

It is obvious, however, that the two-goal lead gives CSM an edge in their efforts to reach their first European cup final. However, there is no doubt that the Russian team will still do their utmost to close the deficit and book the ticket for the final.

Madeira travel to Greece with an edge

The last minutes of the first leg between AM Madeira Andebol SAD and A.E.K. Athens may turn out to have crucial impact of the entire tie.

In those last minutes, Athens reduced an eight-goal deficit for a five-goal defeat, with Madeira winning 27:22.

Still, the five-goal lead obviously gives the Portuguese side the edge before they fly to Greece for the return match on Saturday afternoon.

If A.E.K. turn the tables and take the aggregate win, they will reach their second consecutive Challenge Cup Final, while Madeira are chasing an historic first European final.