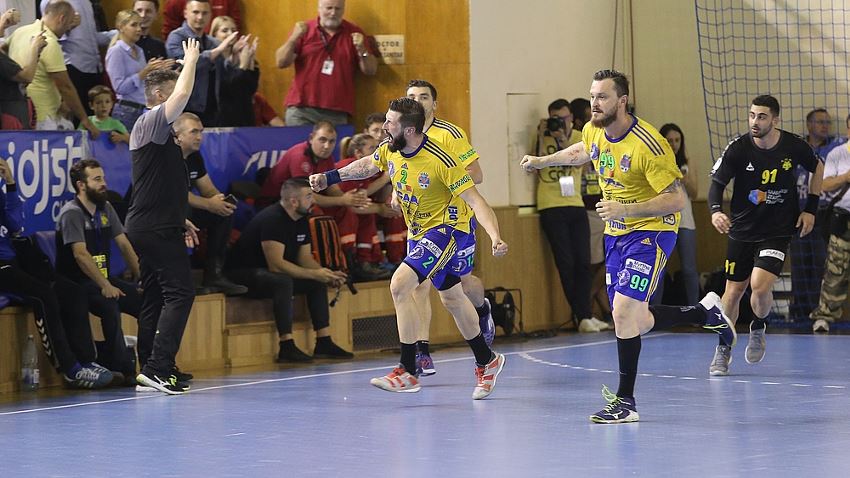 A direct free throw after the buzzer gave A.E.K. Athens the win in the second leg of the Men’s Challenge Cup Final on Sunday night, but AHC Potaisa Turda took the trophy.

The 27:26 defeat in Athens was no threat to Turda’s first ever European Cup title. The Romanian side had won the first leg at home by 11 goals last week, and could even afford to lose a seven-goal half-time lead in the return leg.

After losing the final to Sporting CP from Portugal last year, Turda lifted the Challenge Cup trophy on their second attempt despite a narrow defeat in the second leg of the final.

Enthusiastic support from the crowd in the Nikos Galis Olympic Indoor Hall could not help Athens to catch up with their 11-goal deficit from the first leg in Romania.

That score increased their aggregate lead to 18 goals, so nothing could really threaten the Romanian triumph anymore in the second half - and the visitors were obviously aware of that.

But A.E.K. showed great morale and slowly reduced the gap. They first got back into the lead again (24:23) with five minutes and nine seconds left to play, and indeed grabbed the win thanks to a free throw after the final buzzer.