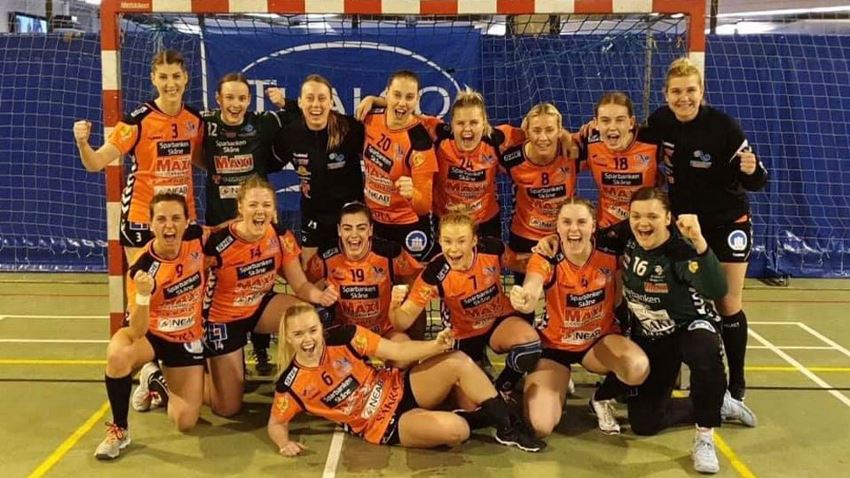 While IFK Kristianstad are still struggling to qualify for the knockout stage of the VELUX EHF Champions League, the women from the South Swedish town have reached the quarter-final of the Challenge Cup for the second time in succession.

The women from Kristianstad Handboll, who reached the last eight in their maiden European season last year, are ready for the quarter-final once again after eliminating Belgian side Femina Vise in a double-header in the Last 16 this weekend.

The first half of the first leg Saturday was equal, the half-time score being 9:9, but in the second half, the Swedish visitors left no doubt and win 27:17.

This was a tough deficit for the home team to catch up with in the return match on Sunday, and Vise were never really close to doing so. Already at half time, Kristianstad were leading 17:6, and in the second half, the Swedish visitors went on to win 25:14.

With the win, Kristianstad join Boden Handboll IF in the quarter-final, after Boden qualified last weekend.

Just like Sweden, Spain will also be represented by two teams in the quarter-finals.

Rocasa, who won the competition in 2016 and who reached the final last season, were already 10 goals up against Turkey’s Ankara Yenimahalle BSK after winning the first leg at home 33:23. With a 24:22 win in the return match on Sunday, they booked the quarter-final ticket.

Ankara led early on, but by half-time, Gran Canaria were level at 10:10. By taking an early two-goal lead after the break, the Spanish side removed the last bit of doubt.

With two Dutch clubs meeting each other in the Last 16 it was a foregone conclusion that the Netherlands would be represented in the quarter-finals.

H. V. Quintus had an obvious upper hand after winning 27:22 away against Geonius V&L last weekend. On home ground this Saturday, Quintus finished the job.

By half-time in the Eekhout Hal in Kwintsheul, Quintus were leading 11:5. In the second half the home team took things a bit more easily, but made sure of the victory. Their 23:19 win means they reach the quarter-finals for the second year in a row.