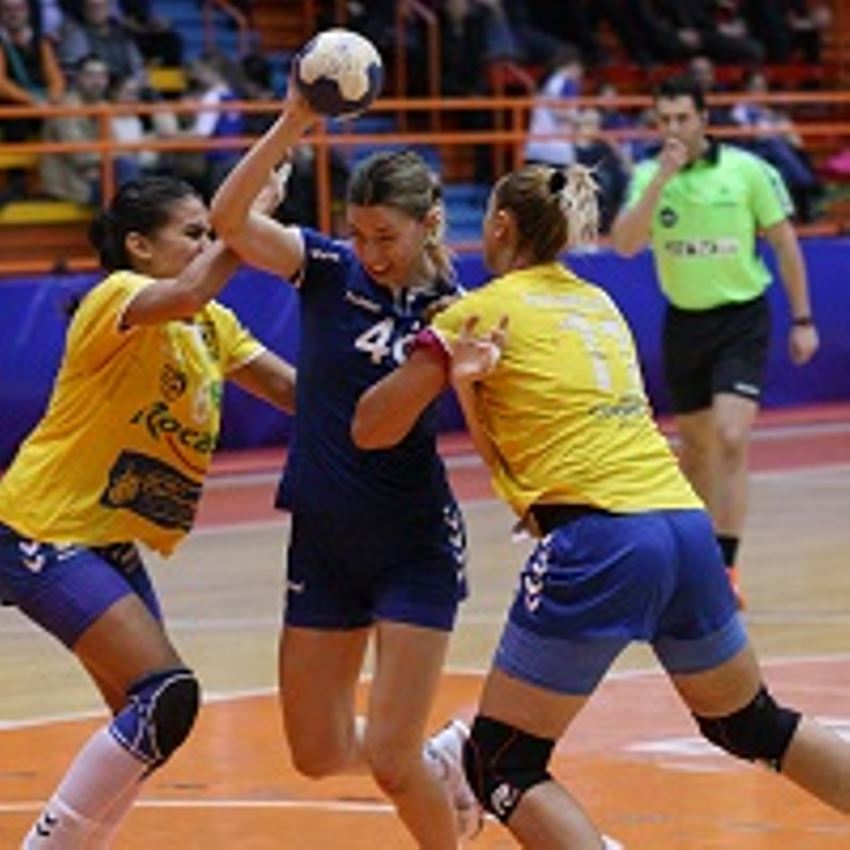 Dutch side Virto/Quintus became the first team to qualify for the semi-finals of the Women’s Challenge Cup 2016/17 with a commanding performance in their double header against LK Zug Handball.

Virto/Quintus were leading 16:7 at half-time in the first leg on Saturday, before simply running over their Swiss visitors in the second half to win as clearly as 35:12.

This result made the return match on Sunday almost a formality, as Virto/Quintus could take things a bit easier with such a comfortable cushion. In fact, at half-time of the second-leg match it was Zug who had a 17:16 advantage, before the home team turned the match into a 34:29 win in the second period.

In two of the other three ties, the chances appear to be completely identical as the two first-leg matches in Elblag and Zagreb ended with a final score of 29:24 for the home teams.

Left back Larissa Kalaus scored no less than 12 goals for Lokomotiva, while Gran Canaria’s right back Almudena Rodriguez came close to the same tally with 11.

The duel between 2014 winners H 65 Höörs HK and Spanish side Mecalia Atletico Guardes remains open after the Swedish team won the first leg at home 24:21. The visitors were leading 13:10 at half-time in Sporthallen Höör, but the home team came back after the break and finished with a three-goal advantage.

“Usually, a three-goal lead is not enough, so everything is completely open before the return match,” said Höör coach Ola Månsson.