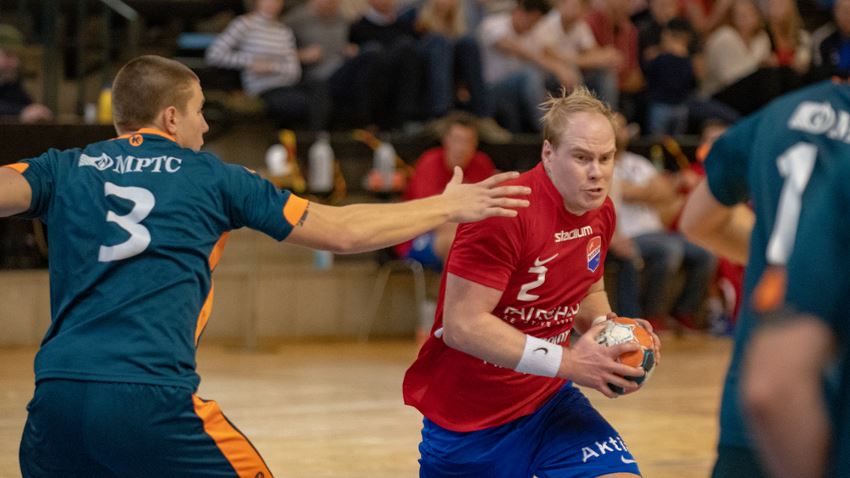 Last season, AM Madeira Andebol SAD reached the semi-final of the Men’s Challenge Cup, where they were defeated on aggregate by A.E.K. Athens HC. In their efforts to qualify for the semi-final for the second year in succession, Madeira will have to overcome a debutant in European cup handball, as Dicken from Finland will be their opponents in the quarter-final – the first legs of which are taking place this weekend.

As debutants in Europe this season, Dicken have had six Challenge Cup matches to get used to this kind of competition, and the fact that they have won five of them and are now in the quarter-final indicates that the Finnish team have been quite fast at getting a grip on things. The two teams are fighting it out in the first leg in Funchal on Madeira on Sunday afternoon.

After eliminating Madeira in the semi-final last season, A.E.K. Athens have reached the knockout stage again. The Greek team, who lost the final to AHC Potaissa Turda last year, are up against Russian side Dynamo-Victor in their attempt to take a further step towards another final.

Dynamo-Victor, for whom the quarter-final was the end of the line in their maiden European season last year, will host the Greek team for the first leg in Stavropol on Saturday afternoon. The match will be broadcast live on ehftv.com.

Russia have two teams among the last eight. Apart from Dynamo-Victor, HC Neva SPb have also made it to this stage of the competition. The St. Petersburg based team, who played the VELUX EHF Champions League from 2010 to 2014, will travel to Belgium for the first leg of their quarter-final tie against HC Vise BM.

For the Belgian hosts, reaching the quarter-final marks a new record in the club’s European history. Before this season, three Last 16 berths have been their finest achievements.

The two teams meet for the first leg on Sunday afternoon in Hall Omnisports de Vise.

Though the women’s team are still the most prominent side for CSM Bucuresti, the club’s men’s squad also making their mark in Europe. This season, they have made it to the quarter-final of the Challenge Cup and, in their attempt to take it a step further, will be trying to eliminate RK Borac m:tel over the two coming weekends.

The Bosnian side will visit Bucharest for the first match in the late afternoon hours on Saturday.