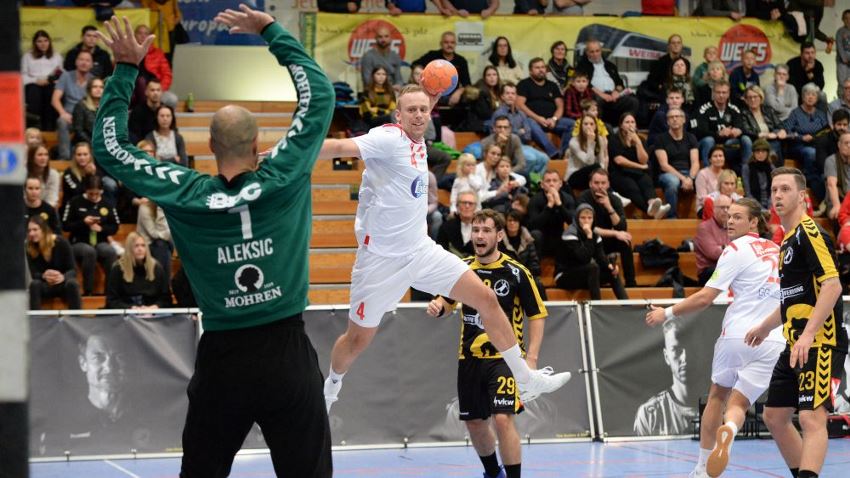 A good weekend for teams from Norway and Russia

Norwegian handball had a particularly good weekend, as the third round of the Men's Challenge Cup launched this weekend. One of the two Norwegian teams in the round are already through to the Last 16, and the second one close to joining them, while a Swedish, and a Russian side, are also close to the next round.

Topphandball are debutants in Europe this season, and they made a fine start to their maiden campaign in European Cup handball. Halden were hosting a double-header against Kauno Azuolas-KTU Kaunas, and not even 10 goals from Kaunas right back Karolis Jankauskas could keep the Norwegian home team from winning the first match 32:28. In the second match on Sunday, Halden were even more dominant, leading 21:12 at halftime and winning 37:29, despite Jankauskas scoring 12 goals for Kaunas.

Norway's other representative in the competition, Drammen HK, gave themselves a fine bolster ahead of the return match in their Nordic clash against Dicken. Drammen were leading 17:10 already at halftime, and although the Finnish visitors managed to reduce the gap a few times during the second half, Drammen took a 32:24 win, which gives them a clear edge before travelling to Finland for the second match next Sunday.

Russian teams heading for next round

Russia is another country that can also look back on the weekend with satisfaction, as both of the countries representatives seem to be heading for the round of the Last 16. HC Neva SPb are virtually there already after winning as big as 35:20 at home against P.A.S. Aeropos Edessas from Greece., while HC Victor also have very good cards on their hands.

The Stavropol based team could take a 29:27 win with them home from Slovakia and their first meeting with MSK Povazska Bystrica, where the support from 1,200 supporters was not enough for the home team to take a win.

10 goals from right back Ronald Suelman wasn't enough for JD Techniek Hurry-Up to even get the victory at home against Alingsas HK. The Dutch home team managed to follow the Swedish visitors to 12:12 at halftime, but in the last 30 minutes, Alingsas made no doubt and won 32:21.

A further Nordic team is already in the Last 16. Valur from the Icelandic capital Reykjavik drew 31:31 in Austria in the first leg of the double-header against Bregenz Handball, but in the second leg the following day, the visitors left no doubt but won as clearly as 31:21.

AHC Potaissa Turda started their away game against ZRHK TENAX Dobele by taking a 7:2 lead. The Latvian home team were close to catching up, but the Romanian team, who won the competition in 2018, managed to grab a 38:35 win after all.