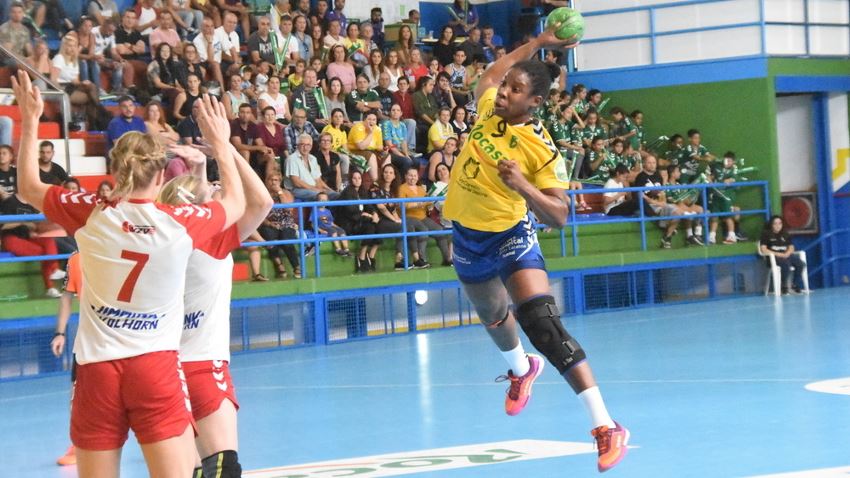 The final of the Women’s Challenge Cup may very well be a Spanish-Polish tie, just like last year. Rocasa Gran Canaria and SPR Pogon Szczecin, who have each contested the final of this competition before, stand very good chances of making the cut once again. Both teams won the first leg of their semi-final ties on Sunday clearly.

The Swedish team flew to Gran Canaria as early as Thursday, but their long and thorough preparation phase was not enough to earn them a win. After a nervous start by both teams, Rocasa were the first to gain control of their game, and consequently, they took a three-goal lead around the middle of the first half.

Having thrown their nerves overboard too, the Swedish visitors hung in and stayed within reach, 11:10, at half-time.

However, the second half belonged to the home team, and from 12:12, Rocasa pulled clear ahead at 19:13 and 21:14. In the last minutes of the match, Kristianstad reduced the deficit a bit, which will increase their hopes before the return match in southern Sweden on Saturday.

10 goals from Hage not enough for Quintus

10 goals from Daisy Hage were not enough for H. V. Quintus to obtain the desired result when they hosted SPR Pogon Szczecin on Sunday afternoon. With a 25:21 win in Eekhout Hal, Kwintsheul, the Polish team earned a clear advantage ahead of the second leg in Szczecin next Saturday.

Following an even first half, in which there was never more than one goal separating the teams, Szczecin were the dominant side after the break.