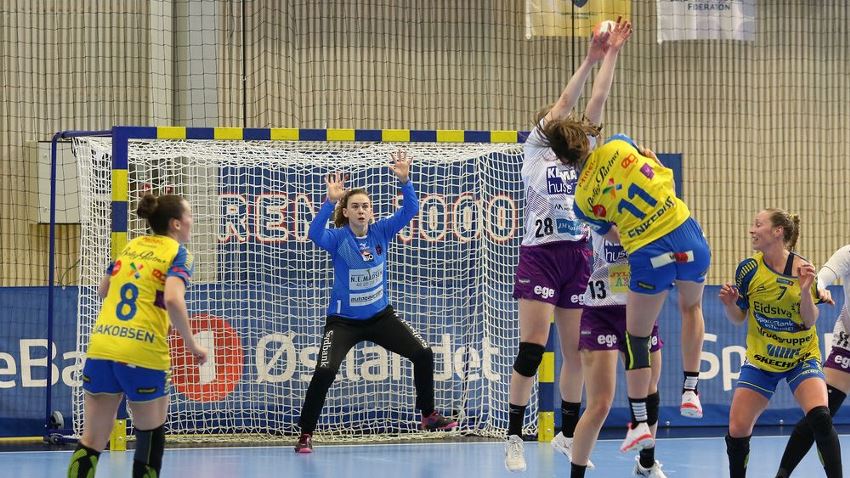 The quarter-finals of the Women´s EHF Cup moved a lot closer for Storhamar Handball Elite, as they dealt Herning-Ikast Handbold their first defeat in the group matches.

Herning-Ikast made up a four-goal deficit, but Storhamar were the better team in the end.

Storhamar boosted their chances of reaching the quarter-finals considerably by winning this Scandinavian derby against Herning-Ikast.

Being sure to reach the last eight already before the match, Herning-Ikast coach Mathias Madsen announced in advance to give plenty of court time to some of the players on his bench.

At first, those players were not quite able to match Storhamar, who were fighting to keep their quarter-final chance alive.

The home team began by taking a 3:0 lead, and they stayed three or four goals ahead for great parts of the first half.

Herning-Ikast caught up, though, and with two and a half minutes left of the first half, equalised to make it 13:13.

Herning-Ikast took a couple of one-goal leads at the beginning of the second half, but Storhamar proved able to take back the initiative.

The hosts got five goals up at 25:20, leaving Herning-Ikast unable to catch up again.