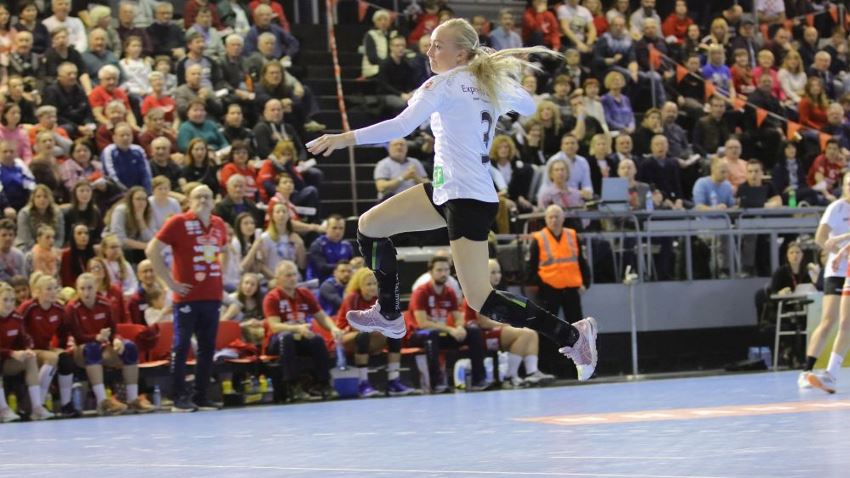 Confident victory for Kobenhavn over Podravka

As Siófok KC Hungary won easily in the group’s other match, HC Podravka Vegeta’s chances to take over the Hungarian club in the last round of Women’s EHF Cup and finish at the top of Group B were gone before the first whistle. Kobenhavn Handball took advantage of the upset home side and end their season in Europe’s second top flight with a bold triumph.

As Podravka’s second spot became sure after Siófok’s victory over Cisnadie, the hosts were far from their best and Kobenhavn took advantage.

Kobenhavn’s head coach Claus Mogensen’s squad did not let the Croatian champions wake up from the early shock as their attack efficiency never went below sixty percent in the first half. Especially, the Danish centre back Mia Rej Bidstrup enjoyed the game and besides netted four goals, she had many assists and key passes.

The usual scoring-leader Tjasa Stanko from Podravka finished the game with only 1 goal from 10 shots, however her teammates struggles in attacking as well.

Although the home side started its quest to come back in the last ten minutes, the eight-goal difference was enough for Kobenhavn to triumph.

Kobenhavn coach Claus Leth Mogensen was delighted with the performance despite elimination: "We are happy with the result of the game. My team played well and that was important for us to come here and play a good match.  We could not move to the quarterfinals but we used this opportunity to play against good team and gain confidence we need for matches that are in front of us in Danish league."