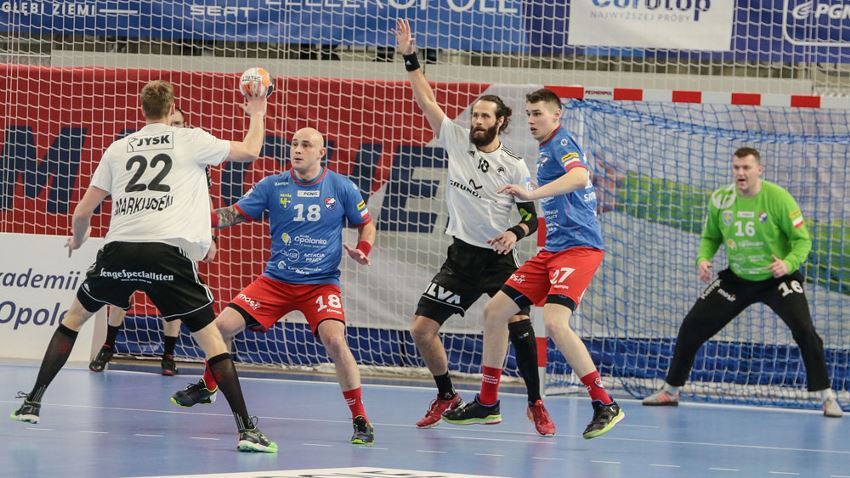 Having both lost their first game of the group phase, Opole and Bjerringbro-Silkeborg were under pressure to earn their first points, as a loss would have reduced their hopes of qualifying for the quarter-finals.

If last week’s loss to Melsungen was perhaps expected for the Polish side, the visitors had to show that they were better than their nine-goal loss to Benfica at home.

To say that Bjerringbro-Silkeborg’s attack was on fire in the first half in an understatement. Scoring 21 shots with a 74 per cent efficiency rate is as close as you can get to perfect in handball, and that was what the visitors delivered.

The Danish side took the reins early on, leading by three after only five minutes played. Jesper Nöddesbo and August Pedersen were the main offensive assets for Bjerringbro-Silkeborg, scoring a combined 11 goals before the break.

Despite Szymon Dzialakiewicz doing his best to keep Opole in the game with his four goals in the first half, his teammates were having too much trouble finding the back of the net. As a result, the visitors were already far ahead at half-time (20:12).

The break was used by the Polish side to assess their defensive problems. Coach Rafal Kuptel must have found the right words as his players looked much better in the second half.

Recovering some balls, they used them to play fast-paced handball, Mateusz Jankowski proving to be efficient in this area by scoring five times. By the last quarter, Opole had cut down their deficit by half, only trailing by three (25:28).

But that was as close as they got, as Bjerringbro-Silkeborg regained their momentum. Johan a Plogv Hansen and Nöddesbo let their experience do the talking.

The latter gained the last-second penalty throw, which was promptly converted by Nikolaj Oris Nielsen to give Bjerringbro-Silkeborg a 32:29 victory and their first points of the group phase.