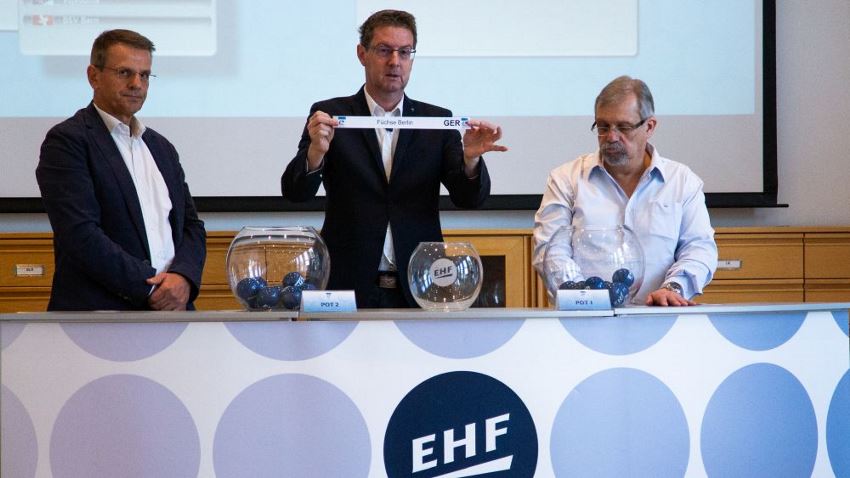 Füchse start the title defence against Aalborg, Kiel vs Drammen

The defending champions of the Men's EHF Cup will launch their title defence in the third qualification round against a formidable opponents as the draw at the EHF Office in Vienna pitted the 2015 and 2018 winners against Aalborg Handbold from Denmark. The draw was carried out by the EHF Comptrollers Alain Koubi and Robert Prettenthaler together with Markus Glaser, the EHF Chief Sports Officer.

THW Kiel, who played in the EHF Champions League for 14 straight seasons, will start their first EHF Cup campaign against Drammen HK from Norway while the third team of the previous season SC Magdeburg lock horns with Futebol Clube do Porto. There will be one more German-Portuguese confrontation as TSV Hannover-Burgdorf have been drawn against SL Benfica.

The first leg matches are scheduled for 17-18 November and the second leg will follow one week later. The winners of the third qualification round will reach the competition's group phase.