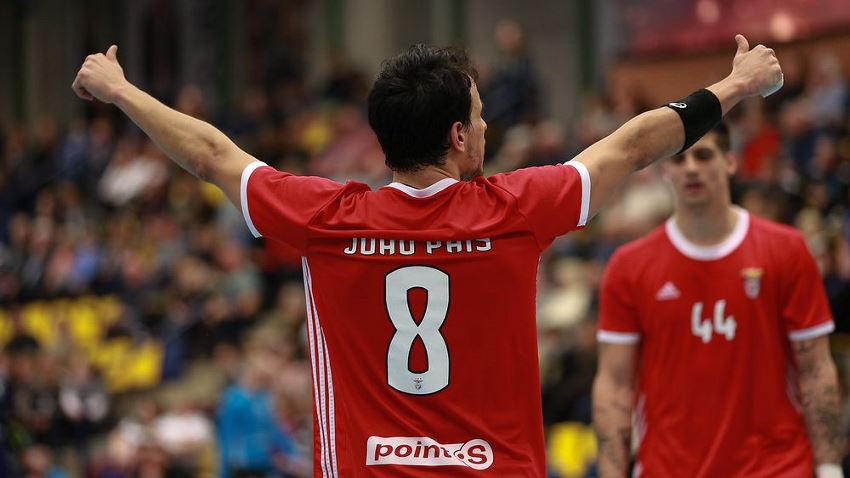 Benfica maintain 100% start in Group A

Against the seventh-placed team in the German Bundesliga, SL Benfica came full throttle into the match and soon had a four-goal advantage (8:4) with inspired attacking and defensive plays.

With the help of Petar Djordjic and Belone Moreira, who together scored 8 goals from 9 shots in the first half, SL Benfica reached half-time by winning by five (16:11).

Benfica’s backcourt in particular was on fire, with Kevynn Nyokas, Moreira and Djordjic scoring a combined 16 goals.

Interestingly, the French right back was more clinical in the second half.

The best scorers of the visiting team were the German Kai Hafner (five goals) and the Dane Lasse Mikkelsen (six goals).

A five-goal margin at half-time allowed a rather highlight-free second half to be enough to see Benfica triumph.

Carlos Resende, head coach of SL Benfica, realised the importance of the win, “Everything was almost perfect today. It was a win against a German team and we should highlight the players involved. I want to congratulate the work they have developed during last week”