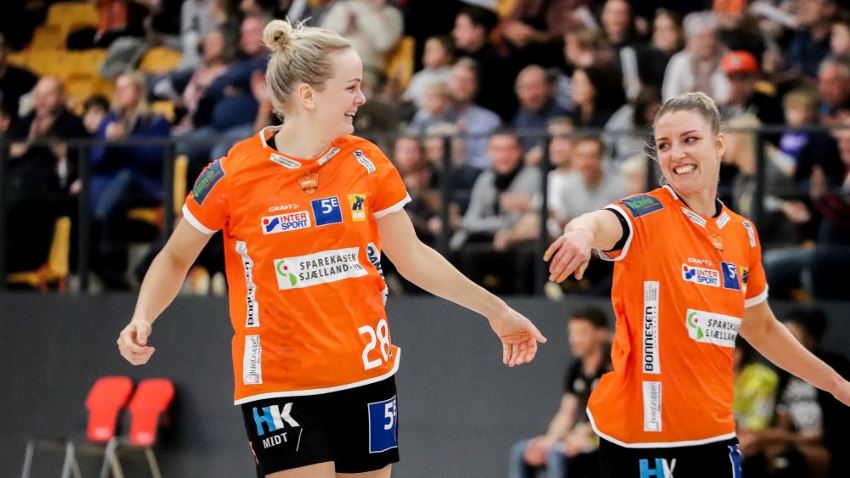 After a 25:23 home victory against ESBF Besancon last weekend, Odense Håndbold’s position looked shaky before their second leg match in qualification round 3 of the Women’s EHF Cup in France.

It was not an easy game for the Danish team, yet they led 16:13 at half-time and maintained a three-goal lead until the final buzzer, winning 32:29. With her nine goals, Kathrine Heindahl played a key role in booking Odense’s ticket to the group phase. 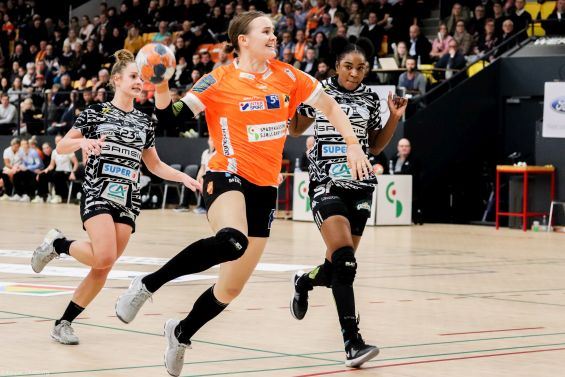 Another Danish side, Kobenhavn Handball, faced an easier task after defeating OGC Nice Cote d Azur at home by nine goals, 32:23. Away at Nice, Kobenhavn again did a good job and advance thanks to a 30:23 win.

Denmark will have three teams in the group phase – Odense and Kobenhavn will be accompanied by Herning-Ikast Handbold, who eliminated Nykøbing Falster Håndbold in a national derby. After a 23:23 draw in the first leg match, Herning-Ikast were dominant on home court and won 31:26

Brasov advance on away goal rule

The Romanian derby was also tight, and CSM Corona Brasov only reached the group phase thanks to scoring more goals away from home. Last week, they won at GS Gloria 2018 Bistrita-Nasaud 27:25, and a home 24:22 defeat did not stop Brasov from progressing.

In Norway, Storhamar Handball Elite made a huge comeback against Tertnes Bergen, and a 39:13 win was more than impressive revenge for a 31:26 defeat in the previous week. 21-year-old Guro Nestaker led Storhamar by example, finishing the game with 10 goals.

There were no surprises in the Russian clash – Handball Club Lada had one foot in the next round following a 36:24 away win at HC Zvezda Zvenigorod, and the Toliatti-based side confirmed their superiority at home with a 34:28 victory.

Similar to last season, Russia will be represented by just one club in the group phrase. Last year it was Kuban, but the team from Krasnodar could not overcome a Hungarian barrier.

A 39:32 defeat at ÉRD HC had put Kuban in a difficult position, and although the Russian team seemed to be on the right track and led 21:13 early in the second half, ÉRD weathered the storm to lose 30:25, which was enough for them to go through.

Astrakhanochka had no guarantees after a modest home win against Thüringer HC (28:25), and the German side finally progressed to the next stage after a 30:25 home revenge. Just like in the first leg, Iveta Koresova was THC’s top scorer with eight goals.. 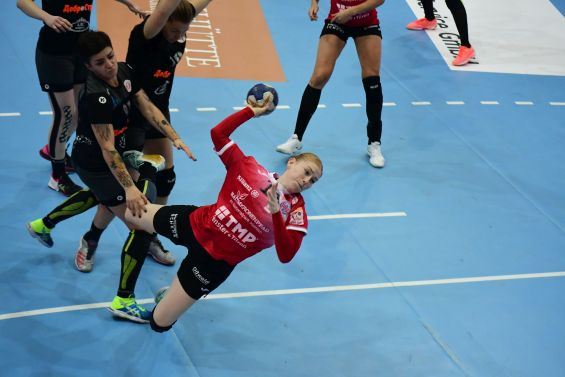 Siófok through despite home defeat

Following a 32:24 away win at Nantes Atlantique Handball, there were few doubts about whether title-holders Siófok KC Hungary would qualify for the group stage. Despite a surprising home defeat in the second leg (34:29), the Hungarian side are through to the group phase.

“I'm happy for going through to the group stage, but a little bit disappointed about our performance today. They wanted it more and that was the key factor,” said Siófok’s head coach Tor Odvar Moen.

In the group phase, Hungary will be represented not just by ÉRD and Siófok, but also by DVSC Schaefler. DVSC Schaefle beat ZORK Jagodina twice - and in both matches it was by almost the same score, 37:26 and 36:26. In the second leg, Jagodina’s Marija Agbaba stood out with her impact as she netted 14 times, but it could not help her team.

Of the four Hungarian sides, only Vaci NKSE failed to reach the group stage. After losing 33:26 at Kastamonu Belediyesi GSK, they tried hard to pull off a strong home comeback, yet a 30:25 win was not enough to go through.

Finally, the Women’s Challenge Cup winners Rocasa Gran Canaria are eliminated. Last week at home, they had beaten Magura Cisnadie 28:24, yet Magura squeezed through to the next stage on the away goals rule after a 24:18 win.

In the group phase starting in early January, 12 winners of the qualification round 3 will be joined by the four fourth-placed teams from the DELO WOMEN’s EHF Champions League group matches.