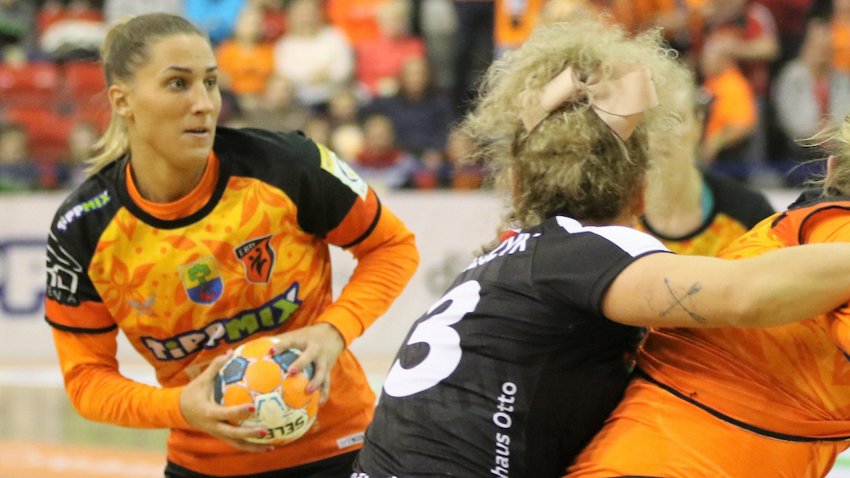 Now or never for ÉRD

ÉRD prepared for the Women’s EHF Cup as a dark horse contender, and their road to the quarter-finals has not ended yet. In the last spin of the group phase, they host CS Gloria 2018 Bistrita-Nasaud in a derby clash where ÉRD need to win to advance to the next stage.

The team based in a little city right next to Hungarian capital Budapest hoped to emerge from the shadows and display their true potential this season, in both the Women’s EHF Cup and the domestic league.

However, as new opponents appeared in the Hungarian championship and an unexpected club showed up in an already very balanced group, ÉRD have had to perform their best in two theatres of war.

“Our young and talented team already has EHF Cup experience. We would like to further strengthen this aspect, while always keeping in mind the need for performance and to be one of the best teams in Europe,” said club manager Marienne Rácz.

A must-win derby for ÉRD

The squad of head coach Edina Szabó started the EHF Cup 2019/20 with a last-second loss to Odense Håndbold, then visited Romanian club Bistrita-Nasaud, who jumped in after Corona Brasov were suspended from EHF competitions. In the away match, ÉRD were again unlucky in the last minutes, as Bistrita tied the game with a 3:0 run in the end.

The Hungarian side earned their first win against MKS Lublin S.A. With this triumph, they stepped on a path which management and fans had hoped for.

“Coming into this game we were well aware of the fact that they had injuries on the team, but they still played a hard-fought game against us. Our main goal is to go through and we will do what it takes to achieve that,” said Szabó.

The pressure was now real, but the players had the skillset as well as the right head coach to be able to take a big leap.

In the next round, as the sides met yet again, ÉRD earned their second win and took second position in group C. As Odense – already qualified for the knockout phase – did not allow any chance for ÉRD in the latest match, the last round bout against Bistrita will decide which side proceeds to the quarter-finals.

Currently, Bistrita own second spot. Despite losing only once in the competition, against Odense, Bistrita can still be out of the quarter-finals if they are defeated by ÉRD next week. Every other result would see the Romanian side through.

A club of great importance to its community

Qualifying for the next round would mean a new level of happiness for the Hungarian club.

“It is especially important that our team consistently represents our city and community at the European level, as the owner of the club is the city of Érd. Also, we have a very large number of children playing handball in our clubs’ youth teams as well as in programs that we sponsor in local schools. It is always a great experience for them and for our fans to host some of the best teams in Europe,” said Rácz.

“We will have to confirm our potential against very good teams, but this is what the EHF Cup is about. Our players are very motivated. We will do everything so we can advance to the next round and continue our European adventure.”