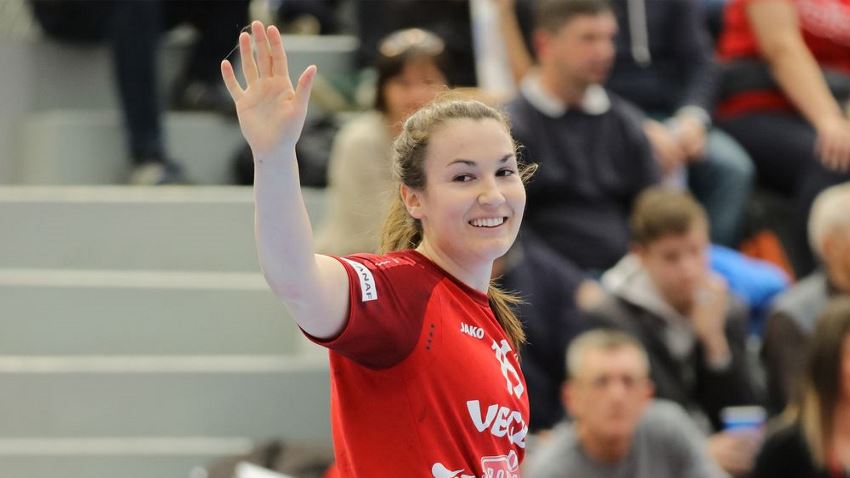 The burden of a four-goal deficit from the first leg in Croatia was too much for Thüringer HC to handle, while Podravka Vegeta proved too strong for their hosts in the Women’s EHF Cup quarter-final.

One week after the 27:23 win on home court, the Koprivnica-based team were the first in this EHF Cup season to win in Nordhausen with a comfortable 34:28 victory, winning 61:51 on aggregate.

Without their top stars Iveta Koresova (pregnancy) and Meike Schmelzer (broken foot), Thüringer HC’s international campaign came to an end on Sunday, while Podravka fight for a spot in their first final since 2006.

The home side held an advantage in the initial stages, but never managed to claw back the four-goal gap from the first leg. Their guests remained patient and thanks to a great rotation of the squad, their top players were powerful enough to withstand the early pressure.

THC’s last lead was at 15:14, before a 3:0 run turned the game on its head just before the break. The host’s resistance was more or less broken, despite great support from the stands, and Podravka eased to a six-goal win in the final quarter.

Greek international Lamprini Tsakalou, who had netted nine times in the first leg, was one of the most important Podravka players once again, top scoring with six goals alongside Dijana Mugusa.

This is the first time the Croatian club have reached a European semi-final since the 2007/08 Cup Winners’ Cup and now wait to see whether they will Herning-Ikast or Bistrita-Nasaud in the first two weeks of April.

With 15 goals over two legs, Lamprini Tsakalou was on 🔥 for Podravka Vegeta against THC. Catch the Greek international's best moments in the #EHFCup quarter-final! pic.twitter.com/rbcXXlp10e