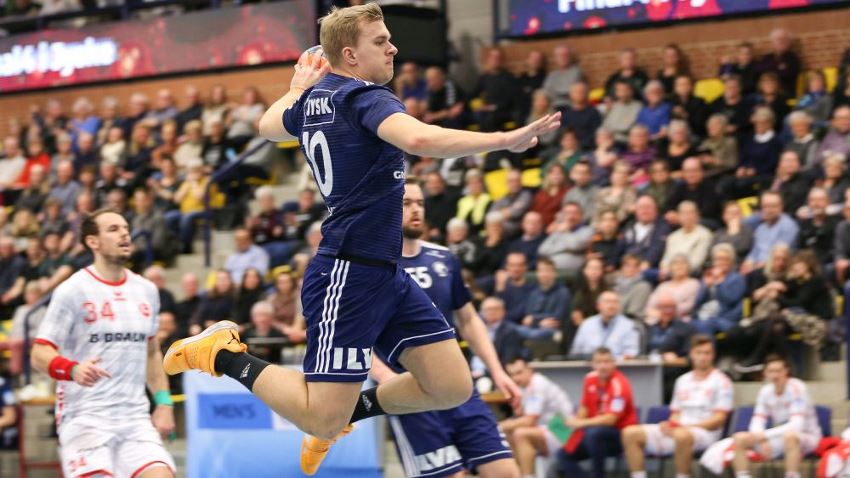 Bjerringbro-Silkeborg hosted and beat MT Melsungen (35:31) despite losing by three at half-time, securing their second consecutive victory in Group A.

Marino Maric, Melsungen's pivot, scored the first goal of the match. And the offensive process of Melsungen needs this Croatian player.

The backcourt line of the German team assists very well for the pivot and Bjerringbro felt some difficulties. However, the Danish team exploited the offensive transition very well, achieving some superiority with Maric's slow recovery.

With a very balanced and goal-scoring start (7:7 at 12’), it wouldn’t be expected that the visiting team would reach the half-time winning by three goals (16:19).

It should be noted that the German Julius Kühn was on fire in the first 30 minutes, with six goals in seven shots. On the other hand, the left back Nikolaj Markussen didn’t want to be left behind and scored five in six shots.

In contrast, a great start by Bjerringbro-Silkeborg in the second half gave them the chance to put themselves in front of the scoreboard after a 7-1 partial (23:20). Melsungen was unrecognizable in the second half and the price to be paid for the contrast of the two halfs was the second consecutive defeat in Group A.

Thus, the home team celebrated their second victory (35:31) in three games in Group A. Johan Hansen produced a great performance on the right-wing. With an impressive talent and effectiveness, the young Danish player was the best scorer in the game alongside Julius Kühn with nine goals each.

Bjerrinbro-Silkeborg coach, Peter Bredsdorff-Larsen revealed that defense was the topic of the half-time team talk: "Our talk after first half were mainly about our defense. We knew how to make goals so that was our main point. We started out with 5-1 defense which did not work out. Their physic and smartness made it hard for us, so we tried to change our defense to 6-0."