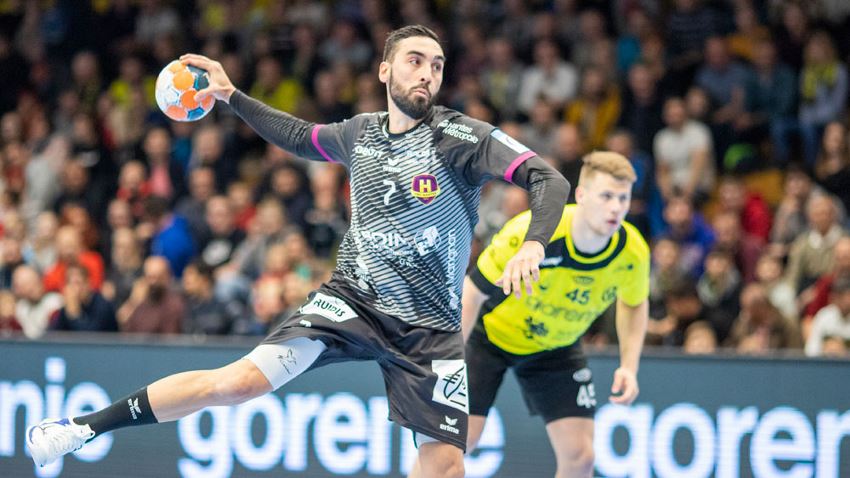 Just two numbers are enough to describe Nantes’ dominance in the first half at Velenje - six goals from six attempts by Spanish wing Valero Rivera and an attacking efficiency of 76 per cent.

The hosts did not lead once in the whole 60 minutes, while Nantes had their first significant advantage after only 12 minutes, when former Velenje line player Senjamin Buric netted in for the score of 9:5.

From that moment on, the gap was constantly between five and seven goals, and the 19:12 half-time score seemed to be decisive in a one-sided first half.

But Velenje managed to push back in the second half. The defence stood stronger, and in attack the efficiency clearly increased.

It took the Slovenian club only five minutes to turn a 14:20 deficit into a 19:21 disadvantage, and they were close to turning the match around. However, a treble strike by another Spanish Nantes wing, David Balaguer, took Nantes to a five-goal advantage at 25:20.

When Velenje missed five out of six attacks in a row, Rivera netted in for a 28:22 lead and from that moment on, Nantes could decelerate again.

Nantes centre back Rok Ovnicek, who began his career at Velenje, said: “Tactically, we prepared well for Gorenje, so we made a difference in the first half. There was some decrease in concentration in the second half, but then we gathered and returned to the old ways and calmly brought the game to the end.

"It's nice to be back in the home hall again, where I made my first handball steps," Ovnicek added.