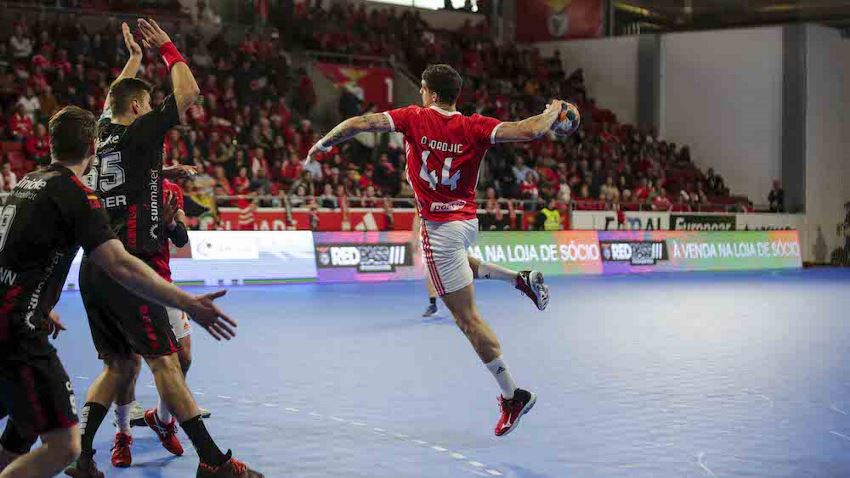 Once touted among the top European talents, Petar Djordjic has often been prevented from showing his full potential due to recurring injuries. Lengthy spells on the sidelines plagued the Serbian left back’s early career, however, Djordjic has rediscovered his form at SL Benfica just in time, at the ripe age of 29.

“I am happy and enjoying my time here. It took a while for me to rediscover my form, starting from Meshkov Brest, where I played consistently well, but I feel everything came into place now,” says Djordjic.

Djordjic was always destined for great things. His father, Zoran Djordjic, was a legendary goalkeeper for Serbia and two-time World Championship bronze medalist.

Raised as a player in Germany, Djordjic was moulded by Bundesliga standards, making his debut in the German top flight aged 18. Having such experience in his formative years was valuable for his skills and confidence, however, it took a toll on his body.

“Bundesliga experience has served me well throughout my career. Once you prove yourself there, there are not too many bigger obstacles,” says Djordjic, who spent more than 10 years in Germany before moving to Meshkov Brest.

“The competition is strong and intensity is high. However, after a while, I decided it was not best for my body to continue. The past few years showed it was a good decision.”

Djordjic's career path took him from Wetzlar to Flensburg and Hamburg, where he showed glimpses of brilliance, overshadowed by persistent injuries. It took two seasons with Belarusian giants Meshkov Brest for Djordjic to revive his career.

He was brilliantly consistent for Meshkov throughout their 2017/18 campaign, scoring 61 goals in the VELUX EHF Champions League.

Having signed for SL Benfica in the summer of 2019, Petar made his return to the EHF Cup after five years (previously with Hamburg in 2014/15). He is now one of Benfica’s best hopes for proceeding through the competition, along with seasoned veterans like Borko Ristovski, Rene Toft Hansen and Alix Kevynn Nyokas.

In a strong opening to the season, Djordjic has been stellar for Benfica throughout, especially in the EHF Cup, where they have so far downed Melsungen and Silkeborg to currently top group A.

“I am happy we are playing well, nurturing fast, dynamic and attractive handball. I hope we can fight for trophies this season. The domestic cup is our best chance, and I feel we can progress through the group in the EHF Cup,” says Djordjic.

Portuguese handball on the rise

The move to Portugal surprised many, however, for Djordjic, it was a logical decision. Despite his many options, Djordjic opted for a Portuguese adventure, having heard many good things about the competition from his former Serbia teammates Ivan Nikcevic and Marko Vujin, who currently don the colours of city rivals Sporting.

“We all live close by, and it is great to have my friends here. Obviously, I talked to them before coming here, and I knew exactly what to expect.

“Handball is on the rise in Portugal. The league is competitive. There used to be only Porto, but now there are at least two or three teams competing for trophies,” says Djordjic.

“Football is the number one sport here, but when the Portuguese national team finished sixth at the EURO, it attracted a lot of attention. It is a clear sign that handball is growing.” 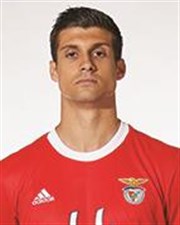