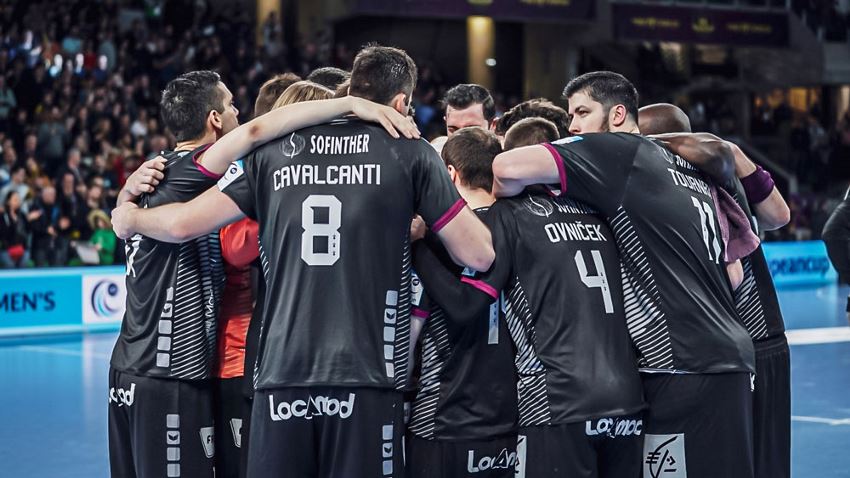 You might think that having played in the VELUX EHF Champions League final, competing in the EHF Cup would be a step down. But for HBC Nantes line player Nicolas Tournat, that is not the case.

Tournat was in the Nantes team which reached the Champions League final in Cologne in 2018 – yet he says that playing the EHF Cup does not feel like going backwards.

“I’m excited as ever by playing those European games,” he says. “These days, this competition is full of big clubs, like Füchse Berlin, Magdeburg or Rhein-Neckar Löwen. All of these could be in the Champions League, I think.”

It feels like Nantes have been taking their European games very seriously. They have already won their first two games in the group phase against Leon and Velenje and are boasting the best attack of the whole EHF Cup, with 69 goals in total.

“I think we took the first two games very seriously. Both the quality of our team and the experience that we’ve got gave us the advantage,” says the 25-year-old.

“But we know that the toughest is yet to come. I expect Magdeburg to play even harder than our first two opponents.”

For Nantes to deliver such good results was not necessarily certain at the start of the season, when several new faces arrived.

Assistant coach and former Champions League winner Alberto Entrerrios stepped up to the top job, while centre backs Rov Ovnicek and Aymeric Minne arrived. Despite having to integrate the new team, the wins came fast. In fact, Nantes have not lost an official game since the start of November.

“The main difference, compared to last season, is that we change players more. So I play a little less. That can be a little bit frustrating but, at the same time, it’s good that we’re all fit at the moment, when the important games are on the schedule,” says Tournat.

The French national player also adapted quickly to his two new teammates on the back court. Previously, Tournat got a lot of assists from Nicolas Claire, who has moved to Pays d'Aix UCH, and now he has had to adapt to a new way of playing. But that does not seem to bother him one bit.

“The two new centre backs are playing completely different to how Nicolas was, but we have found tricks on the court to find each other. It is good for me, as it is giving me the chance to evolve and learn new things as well,” Tournat says.

And the line player’s ability to adapt will be put to the test again next season when he joins Polish side PGE Vive Kielce for a new challenge.

“It’s strange for me to know that I will leave the club I’ve been playing for since 2012. But I’m not thinking about it right now. I guess I will get a little bit more emotional towards the end of the season,” Tournat explains.

So what would be the perfect end to his time at Nantes?

“To win as many titles as we can this season. And that includes the EHF Cup. Why not ? We have got everything we need,” Tournat concludes. 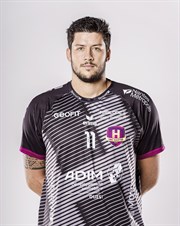